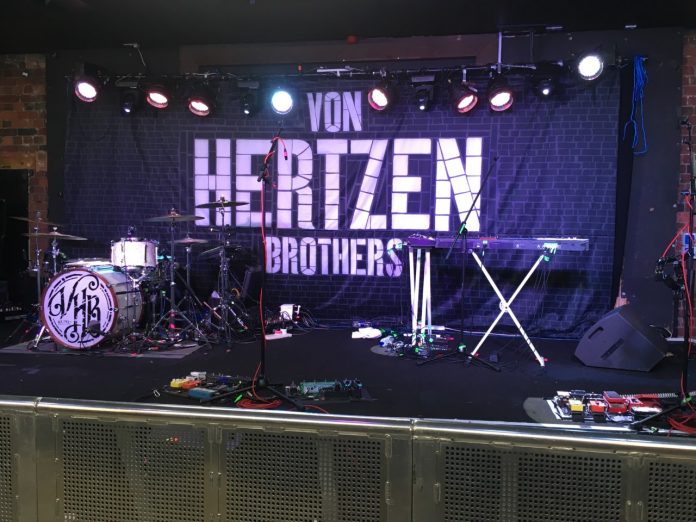 For the second time this tour, MV takes in Finland’s finest. This time it’s Garry at Wolverhampton

It’s been 18 months since the last Von Hertzen Brothers tour and in my humble opinion that’s far too long and it’s been well over two years since the brothers graced the stage here in Wolverhampton.

The guys are back with a brand new album ‘War Is Over’ and personally I feel it’s their strongest work to date, and that’s an opinion shared by Mikko Von Hertzen when I interviewed him a couple of hours before showtime.

The opening track of the night is the new albums title track and it’s a proper epic in every sense of the word……it’s big, it’s bold, it’s brilliant and looking around the crowd it’s easy to see the album has been well received and well listened to as many of the audience are singing along…..a real good sign.

It wasn’t a sell out tonight but it was a real good turn out and it was a noisy sing along crowd….and they’re the best kind as the band really feeds off a crowd that know their stuff.

There were plenty of new tracks tonight such as ‘Jerusalem’, ‘Long Lost Sailor’ & ‘To The End Of The World’ to name a few and they slotted in perfectly alongside VHB classics like ‘Coming Home’, ‘Flowers & Rust’ & ‘Kiss A Wish’…..the setlist was a proper treat I must say.

Mikko, Kie & Jonne we’re joined by a new guy Robert and a not so new guy Sami who returned after a lengthy absence……the new look 2017 VHB fired on all cylinders and that made for a really great evening.