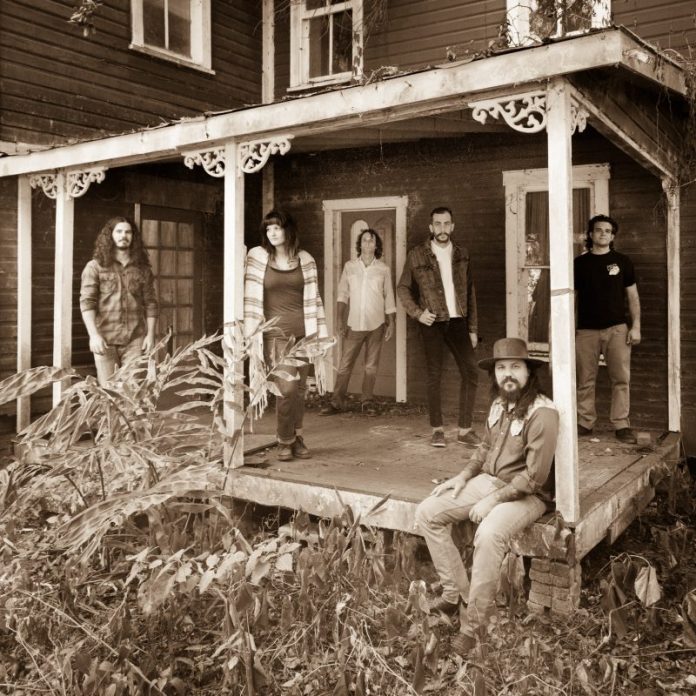 Speaking of the track Thomas said: “This video for “Wade Waist Deep” was so much fun to make.  We had never done anything like it, but loved experimenting with the green screens and a little bit of “acting” from Olivia and I.  It was awkward, and hilarious, and a blast.  Makes me wanna do more.  The Director Blake Judd and his crew was excellent, and engaged, he kept us natural… and when I had the idea of getting an old broken piano and putting it in the river, Blake loved it, so $50 and a quick look on Craigslist later and there you have it!”

Growing up in Orlando, Wynn played guitar and bass in church with his brother, while Olivia sang in the choir. Family and Bible study gave rhythm to their lives. “Our parents and our church were certain,” says Olivia, who participated in the Orlando Deanery Girls Choir, where she received vocal training and sang in cathedrals. “My favorite part was watching my dad listening,” remembers Olivia. “I think he was trying to pick out my voice.” So the drummer once signed to Capricorn Records (Allman Brothers Band, Marshall Tucker Band, etc), now a family man, sat quietly in church and heard in his children the new voices of Southern rock.

The birth of Wade Waist Deep saw Thomas Wynn and The Believers traveling from Florida to Sputnik Sound studio in Nashville, where the band recorded with four-time Grammy award-winning producer, Vance Powell (The White Stripes, Jack White, Chris Stapleton). “I really wanted to do it outside of our hometown,” said Wynn. In August 2016, Wynn and The Believers went on a journey to a sonic place that’s big, bright, and visionary.

So who, and what, are The Believers? They’re musicians united by a common belief in the power of these remarkable songs. Olivia Wynn Roche works meticulously to make her vocal harmonies so hauntingly correct that they’re startling to hear. Colin Daniel Fei plays that vintage Hammond organ that can take you to church or send you straight to hell. Chris “Bell” Antemesaris wails wildly on blues harmonica.David Wagner and Ryan Miranda hold down the deep grooves on bass and drums, respectively. The band came together naturally. All of The Believers are regulars in the Orlando music scene who admired Wynn’s work and wanted to help him take it farther. From Antemesaris, who just kept on showing up at Wynn’s gigs and asking, “Can I sit in on a few?” to Wagner, who started out as a fan of The Believers, declaring “I want to be involved in this somehow or other,” Wynn has earned the band he has now.