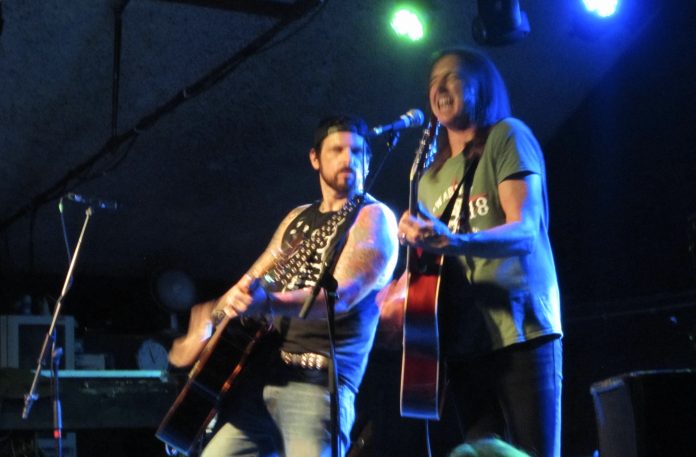 After starting the Warwick/Johnson (and as an aside that sounds like a firm of Estate Agents to me!) set with “Are You Ready”, Ricky Warwick smiles wryly and says: “you know, that wasn’t written for acoustic guitar…..”

Not many of what gets played in the next two hours is, either, but the point is exactly that. This is a celebration of some of the greatest music ever written and a great song always translates acoustically.

A little earlier Gill Montgomery of The Amorettes and Sam Wood of The Wayward Sons had proved this very neatly too. Gill fronts the Scottish rockers and even in this unplugged setting there is no doubting the skill of songs like “White Russian Roulette” or indeed the snotty, good time fun of “Let The Neighbours Call The Cops”. A version of “Stay With Me” (“we thought it was time to let you have one you knew” deadpans Wood) is attacked with passion and there is more than a ring of truth about “Everything I Learned, I Learned From Rock N Roll” (a song written with Warwick). It seems that both Wood and Montgomery are steeped in the classics and that love of their craft shines. 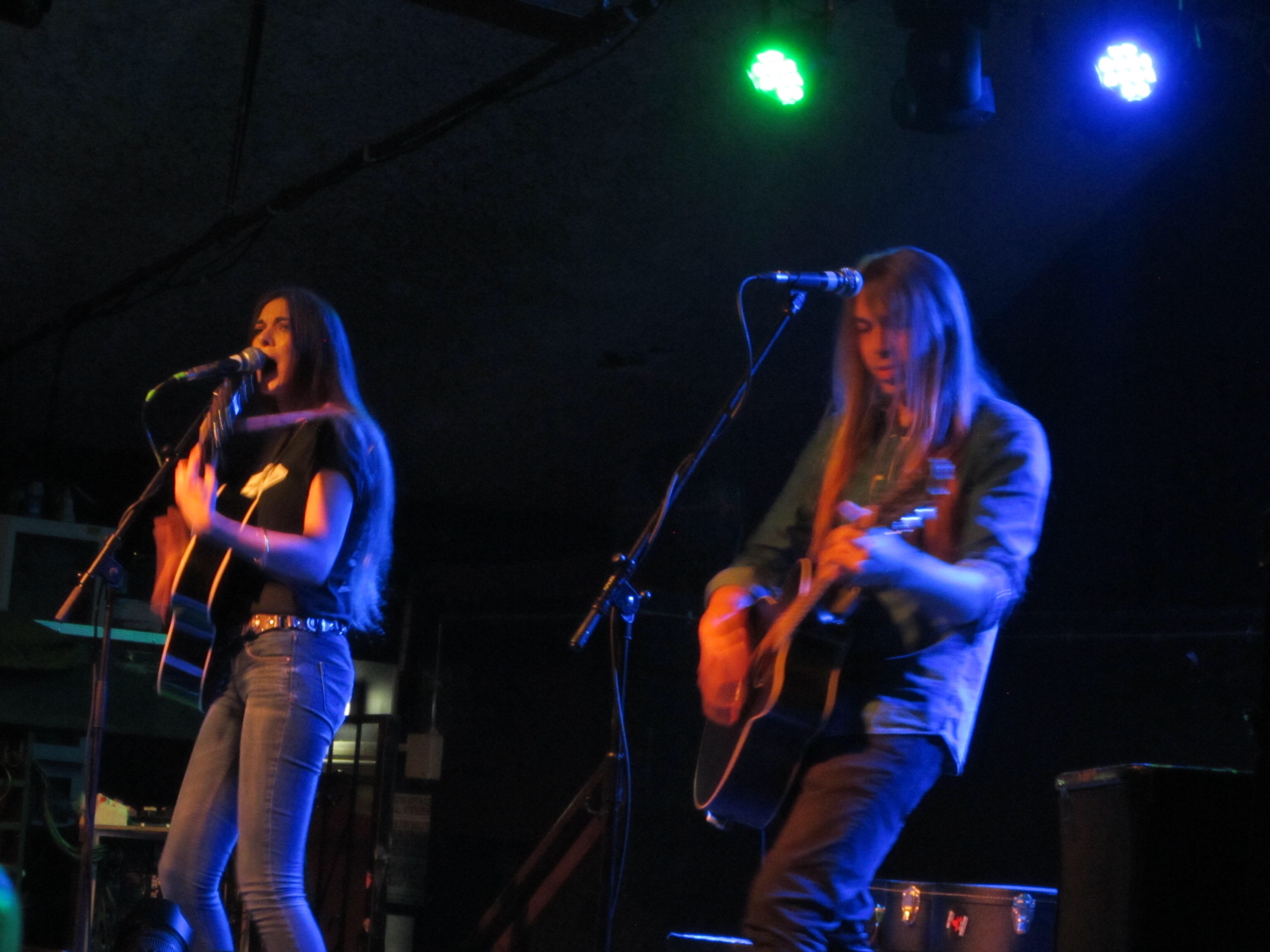 When most artists say things like: “this is great for a Monday, man. Thank you for being here, it means the world” you’ll forgive me if I have a weary shrug.

When Ricky Warwick says it, though, and Damon Johnson nods in agreement, it seems that the pair mean every last word.

Warwick has had his share of hard times. I saw him play acoustically 15 years or so back when he was on the comeback trail with his first solo album. Whether he envisioned what’s happened since that night in Leicester when he dutifully signed all our albums and listened to us when we told him how much we loved The Almighty, is open to question. And that sort of is the key to this tonight. Neither Ricky or Damon (and you feel ok using first names as it seems like you know them) needs to be here. They’re here because they want to be.

They’re on stage for over two hours. A mixture of stuff from throughout their career. And to that end, a thought strikes halfway through. Just as they play The Almighty’s “Free N Easy” actually. There might be people in this audience that only know Warwick from his Thin Lizzy/Black Star Riders stuff, whereas there’s people like me that class that band as one of the greatest there’s ever been. Which shows just how stellar this all is.

In that respect though, there’s something for everyone. Right from “I’m Eighteen” (Johnson used to play guitar for Alice Cooper) to the BSR belters like “The Killer Instinct” or Warwick’s solo stuff like the brilliant “Celebrating Sinking” and “Schwaben Redoubt”.

But if you knew those were great then you might not be so familiar with the glorious “Pontiac” from Johnson’s solo EP, and special mention too for some that come alive in this setting, in particular “Blindsided” a Riders tune that steals the show.

It doesn’t so much matter what’s played, however as how it’s played. Smiles, skill and swagger, basically. And interspersed with genuinely funny stories too. One about Donnington in 92 in particular is superb.

After we learn that “Wild And Wonderful” ripped off Bryan Adams (he proves it and it does) and Scott Gorham didn’t like “Bound For Glory” they finish with one each from within blood. “Sweet Home Alabama” for Johnson and “Whiskey In The Jar” closes a truly wonderful evening.

One that, actually, is summed up by Warwick: “people ask us why we don’t do an album?” He says. “Nah, because then there’s agenda. We’d have something to sell. This is about enjoying yourself for two hours, having a beer and a laugh. I hope we’ve done that.

He need not ask, and he need not worry. Because Warwick/Johnson shows are always superb. This one, however, was particularly so.