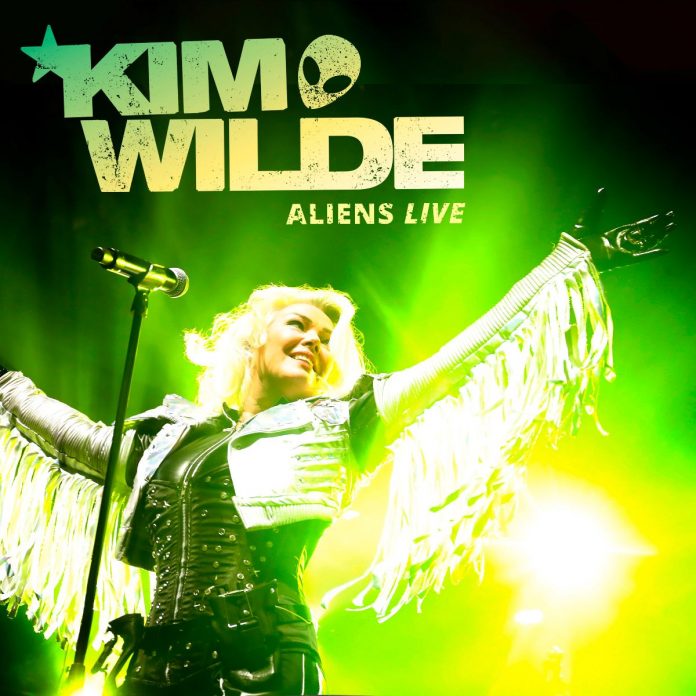 2018 saw the British pop icon Kim Wilde returning into the spotlight with her acclaimed new studio album “Here Come The Aliens” and a major tour of the same name. And what a year it was! Kim Wilde rocked around the world and delivered an impressive show full of passion and power. The ‘princess of pop’ put her audience into nostalgic ecstasy, being modern and contemporary at the same time and leaving her fans with the question, why she has never released a live album before?

Finally, the wait is over: After releasing more than a dozen studio albums, Kim Wilde is celebrating almost 40 years of performing with her first ever live album – “Aliens Live“ – out on August 16th, 2019 via earMUSIC. The release will be available on CD and digital but also on limited edition vinyl neon orange coloured vinyl, limited in the UK to 250 individually numbered copies.

In 1981, Kim Wilde conquered the music scene with her worldwide hit ‘Kids In America’, the start of a breath-taking career with over 30 million records sold and some of the most memorable hits such as ‘You Keep Me Hangin’ On’, which topped the US Billboard Hot 100, ‘Cambodia’ and ‘Chequered Love’.

With her studio album “Here Come The Aliens” released in March 2018, she set another milestone in her remarkable career. Produced by Ricky Wilde and recorded at the famous RAK Studios in London, the album contains 12 brand new songs including her most recent radio hits ‘Pop Don’t Stop’, ‘Kandy Krush’ and ‘Birthday’.

Her first ever live album “Aliens Live” showcases Kim Wilde at her best and her love for pop and rock music. The combination of unforgettable classics, best-loved fan favourites and the incredible new songs from “Here Come The Aliens” make this record one-of-a-kind.