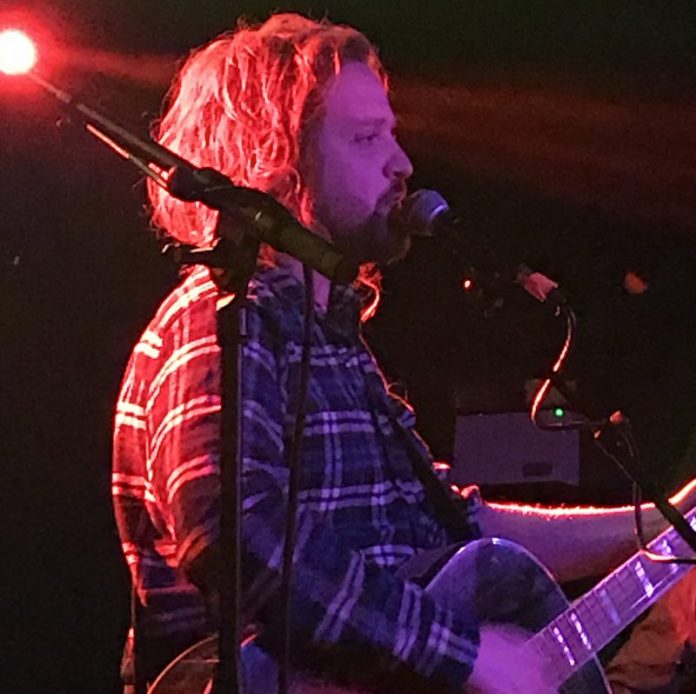 Will plugs in for the very first time

Let’s not pretend that the events in Birmingham’s Institute 3 in January of 2018 will match those in Manchester getting on for 52 years before for shock value, but nevertheless we are watching history tonight.

For the first time, Will Varley is playing a gig with a band, and if no one is there to shout “Judas” like they did at Dylan at the Free Trade Hall all those years before, still it’s all new.

The results are – on the old songs at least – a little different. “As For My Soul”, with which he opens tonight, sounds a little like The Urban Voodoo Machine, as it slinks along in a most jazzy way, for example.

The reason for the change, partly anyway, is that the brand new “Spirit Of Minnie” record is mostly a “band album”. A lot of it is played here. As ever, when a new record isn’t out and most in the audience haven’t been lucky enough to hear it, the momentum stalls just a touch in places. That’s no slight on the trio of new ones Varley plays early, “Seven Days”, “Screenplays” – which sounds almost darkly electro here – and “Statues” are all superb songs, its more that they’ll need repeated plays to become live favourites.

A little later in the set, the three newly acquired band members (all old friends of the singer) disappear and it is just the Will Varley we are used to.  On his own and raw. “Send My Love To The System” is audience request, “Until The Grass Gets Greener” is especially poignant as it is dedicated to his pregnant wife (even if he does forget the lyrics) and “Blood And Bone” is a real highlight, partly solo before the band joins in, it perhaps symbolises the joining of the old and the new.

After that it’s back to the new album, with the title track, a sprawling affair about being on the other side of the world, and its absolute highpoint “All Those Stars” “about the discovery of a moon billions of years away” which shows that these are weighty tunes for dark times. There is nothing too throwaway here, although that’s not to say it is a show devoid of amusement. Varley stops the gig at one point to order Whiskey from the bar, which is passed up through the crowd.

An old song “I Still Think Of You Sometimes” is followed by another newbie and “Let It Roll” is sure to become a singalong in time. Just not this time. Not yet.

The set does have an ebullient end, “We Don’t Believe You” is stoic and “Seize The Night” has echoes of Frank Turner, before a long show gets longer with “King For A King” – a real audience favourite – and finally “…Minnie” is mined one last time for “Postman.”

Varley’s talent as a songwriter is unquestionable, his bravery and desire to do something new is to be applauded too. Next time he comes, when these songs are bedded in, and the dynamic of the band is fully formed, it could be unstoppable. Tonight was a promising start which hinted at great things to come.