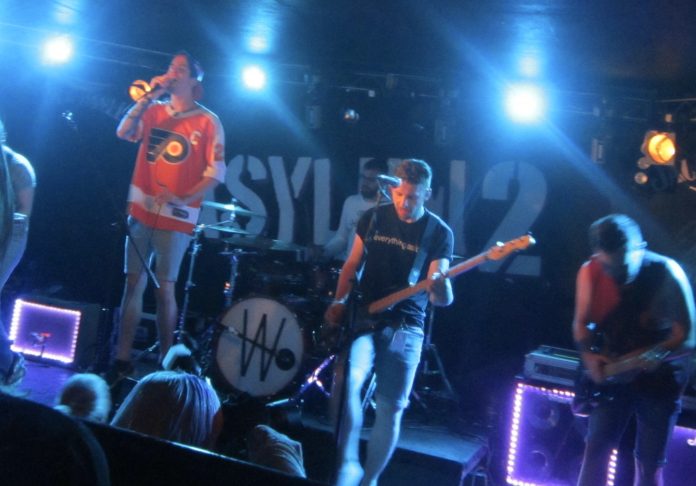 On a blustery and rainy evening in the second city, Witterquick, an alternative rock band from Exeter, Devon sweep in to the Asylum rock venue on the third of their four date August tour. The band formed at the end of 2014, have put some groundwork in supporting the likes of Nothing But Thieves and are now attracting some very positive press of their own.

It seemed like the guys were tuning up but with no fanfare it`s straight into the first number, a brand new track, before the crowd realise what`s happening, A single ‘Soldiers’ follows before lead singer Will shares that the next track `Hiding Place` has had an impressive 120,000 plays on Spotify. Will grabs an acoustic guitar and plays a solo number that really highlights his rich vocal. This short set closes out with new single `Bubblegum` an extremely upbeat song that was made for summer. The band Ollie om bass, Ben and Sean on guitars and Dan on drums tease the audience with the possibility of playing another couple of numbers before they go. After sold confirmation from the mass, the boys play the first song they ever wrote `The Otherside` before finishing with another former single `Rise.` Although this was quite a short set, it was pretty enjoyable and the fellas can certainly bash out a melodic, catchy tune and it was interesting to watch those that were a lot more familiar with their lyrics, singing along. I`ll certainly be keeping an out for these guys progress.