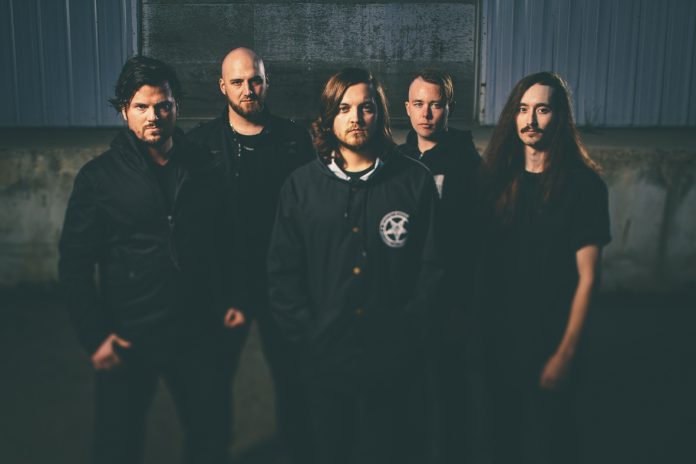 Canadian metal upstarts ARRIVAL OF AUTUMN, will release their new full-length album and Nuclear Blast debut on March 29th. Harbinger was produced and mixed by Jason Suecof (Devildriver, The Black Dahlia Murder, All That Remains, Trivium) and mastered by Alan Douches (Darkest Hour, Every Time I Die, Suicide Silence).

Today, the band discusses what the writing and recording process was like for Harbinger.

Bassist Kevin Student commented: “Working with Jason was awesome because he like us wanted to make the best album possible. We both became really invested in capturing the style that I wanted to portray and have it be angry and aggressive just bring something unique to the table.”

“‘Witness‘ is about trying to survive when everything around you is falling apart,” commented vocalist Jamison Friesen. “It’s told through a fictional post apocalyptic setting, inspired by the Mad Max films. The protagonist finds he’s a hero in times where there doesn’t seem to be a point in trying.”

Pre-order Harbinger today both physically and digitally from www.nuclearblast.com/aoa-harbinger

Harbinger tracklisting:
1. Hurricane On The Horizon
2. End Of Existence
3. Witness
4. The Horror
5. Old Bones // New Blood
6. Better Off Without
7. Symbiotic
8. An Omen Of Loss
9. The Endless
10. Apocalyptic