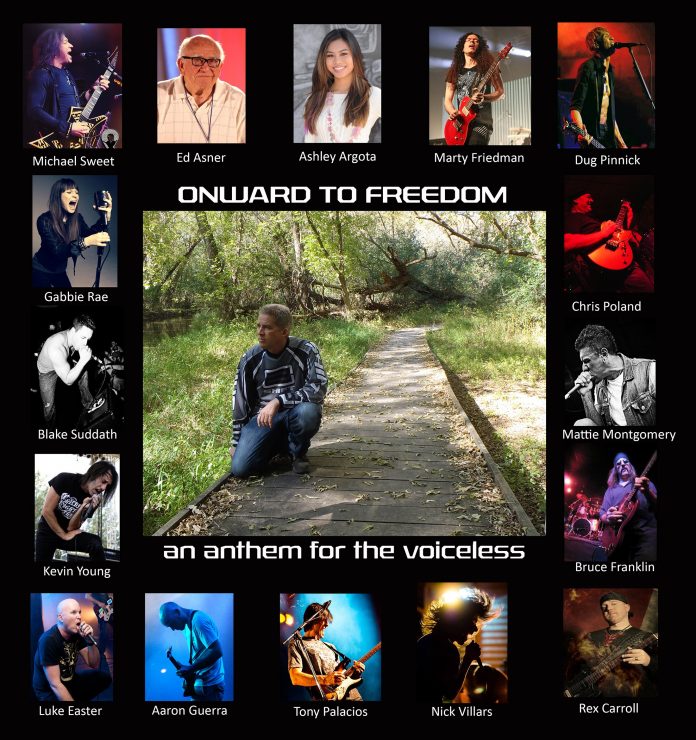 According to the man behind it, Onward to Freedom is a metal anthem for the voiceless.

Twelve songs written by Tourniquet drummer and songwriter Ted Kirkpatrick that tackle a subject of great importance to him and countless others: animal cruelty and injustice.

The world has awakened to this important issue and in that spirit, Onward to Freedom is a truly groundbreaking album – captivating, musically powerful, and lyrically moving.

The album features high-quality production – mixed and mastered by ace producer Josh Schroeder (King 810, In Heart’s Wake) and was released on Tourniquet’s own label, Pathogenic Records, at the back end of last year.