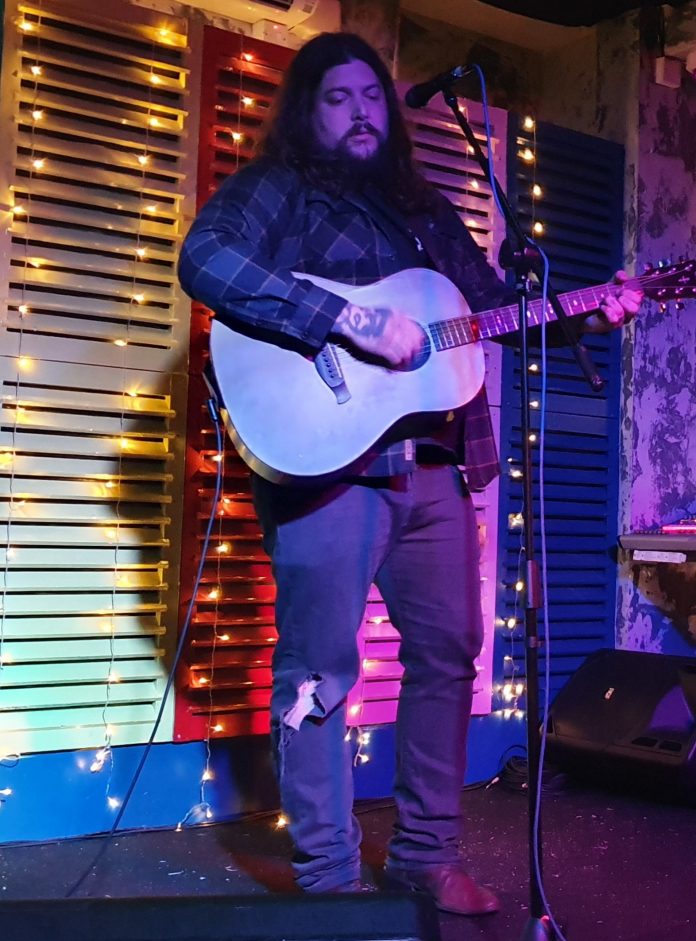 Alex Lleo might be from “just up the road”, but his heart is closer to America. There is a windswept, widescreen quality to stuff like “White Water” , and although “Easy Way” is hewn out of the Lickey Hills in Worcestershire, then “Way Back Home – which, as Lleo explains, was written on a tip to the US – is the perfect slice of universal, singer/songwriter work. Performing solo, with just his guitar for company, “Starve” seems a little rawer than the others, a little more personal. Elsewhere he rather charmingly admits to self-doubt over “where I was going with these tunes,” the answer lay in some sessions that he took part in, in Brooklyn before Christmas. There’s nothing released from them – yet, but you feel that once they are, Alex Lleo might well find his true voice. 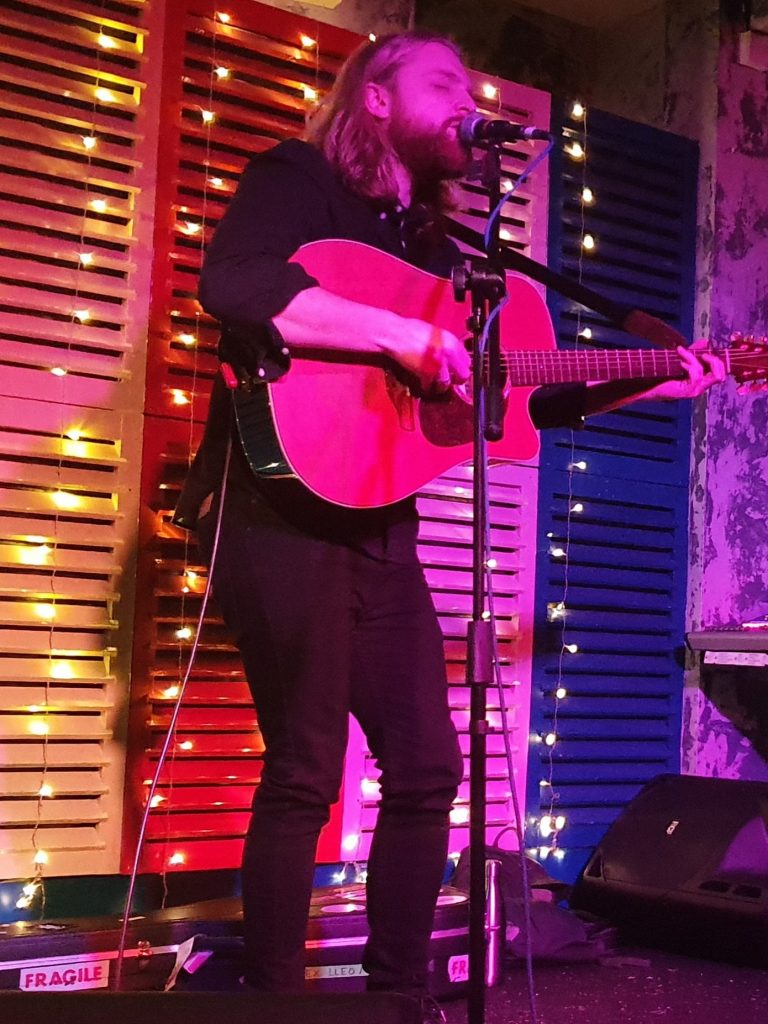 In the autumn of 2018, an album arrived in the inbox. Amigo The Devil’s first full length, “Everything Is Fine”.

The words “unique” and “original” get sprayed about like confetti in this reviews world, but here was something that nearly was.

Along the way, there were suicide notes, songs about the Jonestown Massacre, Self –harm, drug addiction, depression -oh and a song about hoping someone’s husband dies so you can be with them.

It was incredible. In every sense. Yet, I never reviewed it on the website. The reason was simple: There were some things going on then in my life that spilled over too often on these pages anyway, and the way that record made me feel…. I don’t know if I could have done it justice.

I can confirm, though that Danny Kiranos (ATD’s real name, or maybe it’s the other way around?) does them justice here. And then some.

All of that is present. All of it. Every last drop, and his delivery of songs like “Preacher Feature” and “If I Am Crazy” rather suggest a level of catharsis, of personal investment in the lyrics that you just don’t see. Maybe Hamell on Trial is close, but he is the only name that springs to mind.

And yet, Devil is so deft, so skilful, that he can move from “Cocaine and Abel” straight into Smash Mouth’s “All Star” and John Legend’s “Gravity” by way of Slayer’s “Angel Of Death” and somehow, some way, it all makes sense.

When he plays the heart-wrenching “First Day Of The End Of My Life”, it is no exaggeration say that you could hear a pin drop in the venue – tension he alleviates by playing cartoon noises on his phone (he’d earlier facetimed a mate mid gig, as if to underline that no one knew what was coming next, least of all Amigo himself.)

Murder ballad, “The Perfect Wife” – and yes mostly, they are all murder ballads of some description – gives way to “Hell And You”, perhaps the only thing approaching a love song all night, and where the would be an encore usually (“it’s cheesy and I don’t need the bathroom”) comes Townes Van Zandt’s “Waiting Around To Die”.

Most bands end on a big crescendo. Not Kiranos. “Stronger Than Dead” suits him – and this – more, though.

He seems frequently amazed that his music has connected this far from home, but believe me it does. It has. And for wearing his heart on his sleeve, and daring to be different, Amigo The Devil deserves nothing less.

BAND OF THE DAY: STATUES

BAND OF THE DAY: EYES

BAND OF THE DAY: AJUNA’S EYE

BAND OF THE DAY: HECTOR GANNET

BAND OF THE DAY: BLEED AGAIN

BAND OF THE DAY: DEFECTO

ARTIST OF THE DAY: BRAD COOK

BAND OF THE DAY: MOUNTAIN TAMER