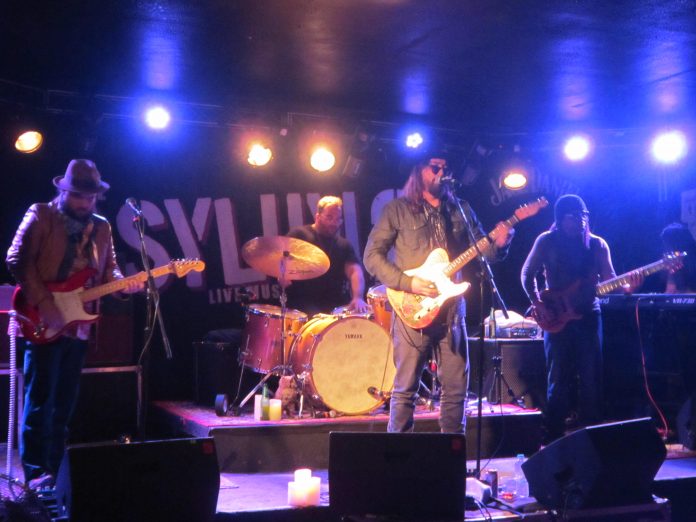 Zoe Green and her Band were late replacements tonight, but like the boxer who steps in at a moments notice and gives the highly rated prospect a going over, you’d best understand they are anything but fazed. This confidence probably comes from the fact they are a skilful outfit and that Green has a quite incredible voice. Their set is predominately covers, but they are done with a twist rather than being straight copies. A case in point being their take on “Come Together”. It takes some doing to find a different angle to that, but in fairness, ZGB do just that. Likewise, when they play Stevie Ray Vaughan, it isn’t one of the ones that everyone does, but instead “Cold Shot” gets an airing. They even do something modern. “You may know this one”, says Green, reckoning without the fact MV is about as good at chart music as we are at nuclear physics. That said I can work Google, and can confirm that “Human” by Rag And Bone Man probably didn’t sound like that when it was originally done. There’s a couple of their own tunes too, “Catch A Fall” is played early on, but the brilliant “Badass Beryl” is the pick of them. Sounding something like Tina Turner doing “Proud Mary” it is a work of real talent. Ending with covers of “Superstitious” – and again making it sound nothing like the original – and “Rock N Roll” which brings an entertaining hour to a close, Zoe Green Band made the most of this unexpected opportunity and then some. 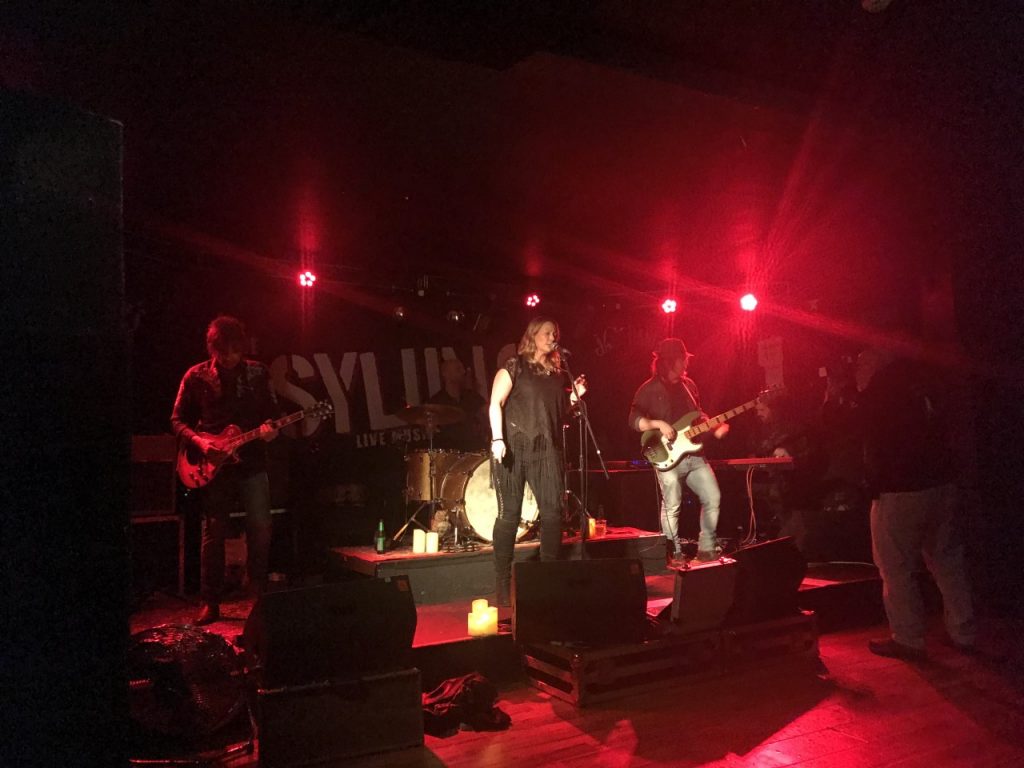 “We’re gonna play some rock n roll for you” says Arkansas Dave, as he starts his set here. That is interesting in itself, given that the last time he played this room, he did so as an acoustic duo with Drew deFrance, his friend, who is again here tonight, but so are a drummer, a bassist and a keyboard player, for what you might say is the full Arkansas Dave experience.

And something else is interesting too. The amount of people here on a freezing cold end of January Monday night. A couple of years ago there was a couple of us, now, there is a real sense of an artist building something. The old-school way too. Word of mouth and having great songs. Sometimes the old ways are the best ways, even still.

There are plenty of great songs too. “Bad At Being Good” – something of an anthem you suspect for all concerned – and “Think Too Much” absolutely strut their way around like the very finest rock n roll.

There is more to this than just that. The band is skilled enough to add some Latino touches to “Come Back To Me”, while “Squeaky Clean” to be frank sounds like it’d rather be sleazy in ways the rest of us can only dream about.  While the adept way they change the pace to incorporate the emotional and obviously heartfelt “The Wheel” and the lazy, hazy and dare we say blissed out, jam of “Rest Of My Days” is testament to the ability here.

As are the covers they elect to play. “Chocolate Jesus”, from Tom Waits has some magnificent slide from deFrance, “Champagne And Reefer” the old Muddy Waters number and “Honeybee” – a homage to Tom Petty but with their own stamp – are all excellent, but its “Oval Room”, from Blaze Foley that really captures the attention.

First of all because, although it was written about the Regan administration, there are so many parallels both over there and here, and second because AD has done it for a Bob Harris session as his “contemporary” song. “I don’t know any modern music,” he deadpans, and thus proves that he’s both a man after my own heart and a man steeped in the greats of the past.

As he ends the show with “Diamonds” – which has a real Black Crowes type feel – and a stomping “On My Way”, sandwiched in between is an old standard, Jeannie Cheatham’s “Meet Me With Your Black Draws On” which everyone turns into a 12 bar blues belter and, on a different night, with the drinks flowing, it would have been the debauched party of the lyrics.

It isn’t that kind of night, in truth. The crowd is enthralled and appreciative rather than riotous, but that’s ok. As Arkansas Dave says himself before he played “Black Water” early in the night. “I’ve come from Camden, Arkansas, to Camden, England, its amazing that music can take me this far.”

It isn’t, really. Not with songs this good and a band this talented. Arkansas Dave is doing it his own way and the hard work and the sweat – not just here but generally – is paying off.