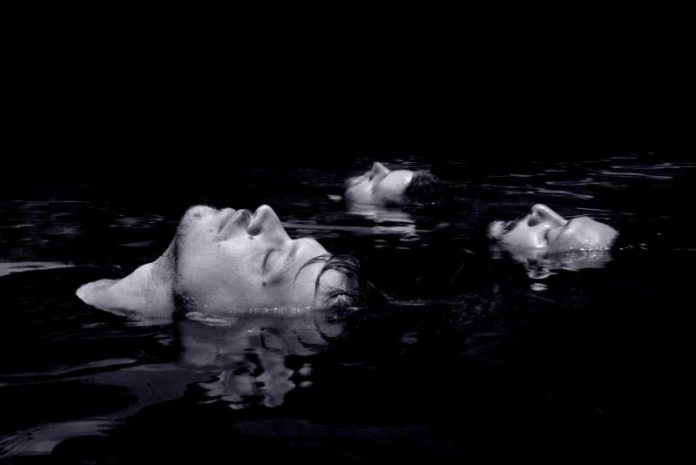 After the ending of his Carl Sagan’s Skate Shoes, Exhalants guitarist/vocalist Steve (the band prefers to be on a first-name only basis with you) further honed his already wide guitar vocabulary in the downtime. He soon recruited fellow CSSS alum Bill on bass and Tommy, the drummer in Body Pressure (known for his high-energy, hard-hitting precision) to form the power trio before you now.

Their self-titled debut album, heavy & melodic, acknowledges their influences like Shellac,
Unwound and Cherubs while extrapolating and building on those legacies into their own along with likeminded peers like Melkbelly, Kal Marks and A Dear A Horse.

Recorded & mixed by Ian Rundell (Ghetto Ghouls) in Austin TX and mastered by Greg Obis (Yeesh) at Chicago Mastering Service, Exhalants is a refreshing return to dynamic complexity in a field obsessed with monolithic pummeling.

Exhalants will be available on LP and download on August 24th, 2018 out via Self Sabotage Records (Pre-order at Big Cartel-Self Sabotage).