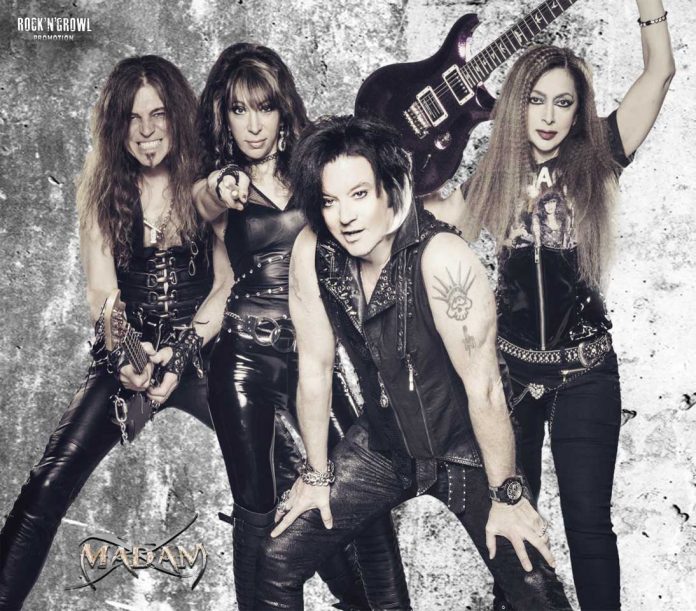 Fast forward to 2017, when the Petrucci sisters collaborated with vocalist Mark Slaughter on a Lemmy Kilmister tribute track for their VIP AFTERSHOWproject, Slaughter who introduced Roxy to EMP LABEL GROUP head of A&R Thom Hazaert, who released a 12″ “KILMISTER” single for AFTERSHOW, and the conversation soon shifted to the upcoming MADAM X release.

The album features 12 hard-hitting slabs of Rock, including the pummeling title track “Monstrocity”, “Resurrection”, “Nitrous”, and an updated version of their 1984 hit “High In High School.”