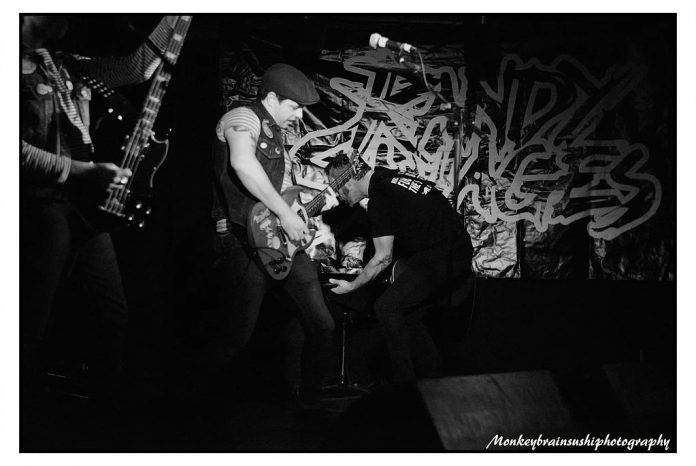 Screeching out of a North London lock up on a stolen moped, Randy Savages are the missing link between cheap speed and Cheap Trick.

Made up of equal parts has beens and wannabes they blur the lines between 70’s punk and 70’s glam with ALL feet stomping.

True to punks ultimate DIY ethic not only did they play, record and produce all the tracks on their debut recording – they built the studio in 2 disused shipping containers in a top secret Camden Town location which definitely isn’t in guitarist Lloyd Loud’s garden. Shhh.

On a mission to rid the current music scene of mediocre rock’n’roll clowns and punk rock clones Randy Savages are a truck load of aural viagra with more hooks than a St Trinians cloakroom.

Their first year of gigs saw them supporting such old school luminaries as Eddie and the Hotrods, Anti Nowhere League and Protex and rounding off the year with a successful Italian tour.

2018’s diary is already filling up with gigs and festival appearances but they’re psyched up for more.

And July sees the release of their first slab of vinyl.