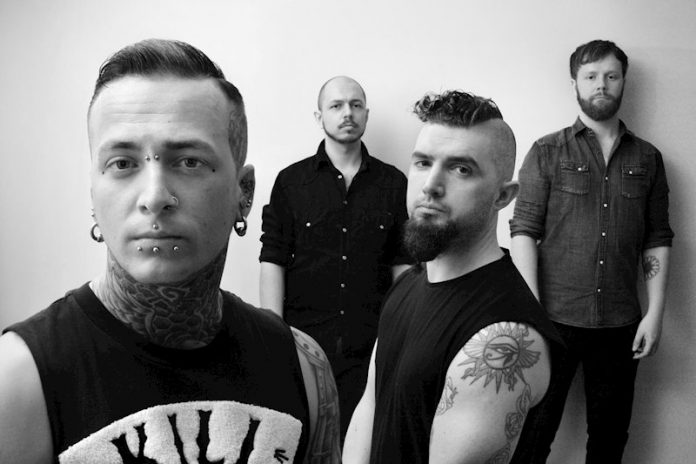 Coming at you from Brighton, VILLAINOUS, bond together a commanding sound tugging from the rampant power of Mastodon and Lamb Of God, the astuteness of the Deftones and Alice In Chains, and the proggy intrigue of Tool. The southern riff slingers feature Sean Stakim (Vocals), Neil MacCallum (Guitar/Vocals), Nick Read (Bass/Vocals), and Callum Armitage (Drums), and pack together a heady mix of groove-driven drop-tuned riffs with expansive choruses and gripping multiple vocals lines.

Born at the end of 2017, the inventive fivesome soon amassed a stout set and have just released their self-titled EP. The band comment about the release: “The EP represents three characters in a different state of acceptance of their own existence. One is someone who has given in and allowed themselves to be shaped and moulded by their surroundings, one reflects on the time they have wasted but asks for more when aware of their impending death, and one refuses to be a product of their environment, revelling in the chaos that they have been born into.”. VILLAINOUS have a series of shows in the works for the end of the year and are planning a host of releases and tours for 2019.