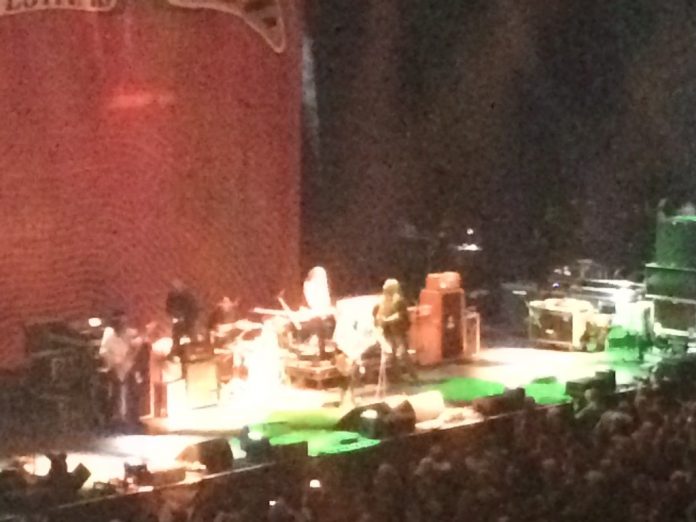 Just guessin’ here but you’d say that Blackberry Smoke were no strangers to scrapes with the law. Turns out they’ve had one today being, as Charlie Starr, their frontman puts it, been “detained at Heathrow by the Authorities”.

The upshot of all this is that they don’t have a soundcheck, and they are running late, but even allowing for those not inconsiderable points, the Atlanta natives are not a band you can tame – and most certainly not one to ignore.

The bulk of their shortened set comes from last year’s stellar “Holding All The Roses” record, one which showcased the fact that no one can mix country and rock quite as well as they do, “Fire In The Hole” deserves to be played on a front porch, not in an arena, and “Rock n Roll Again” is a simple loved-up strum. Elsewhere “Let Me Help You (Find The Door)” is angrier but no less entertaining.

The boys are nothing but a good time rock n roll band of the highest order, and “Good One Coming On” is very much their anthem. “Sleeping Dogs Lie” casts them in a kind of Gov’t Mule jam, and “Ain’t Much Left Of Me” (“a child support paying song” says Starr) ends the set in plaintive mode.

With that they are gone, no doubt to flight their battles somewhere else – and hopefully playing their tour de force “Up In Smoke” when they do – make sure you go and see them, because given a couple of hours, they are truly unstoppable.