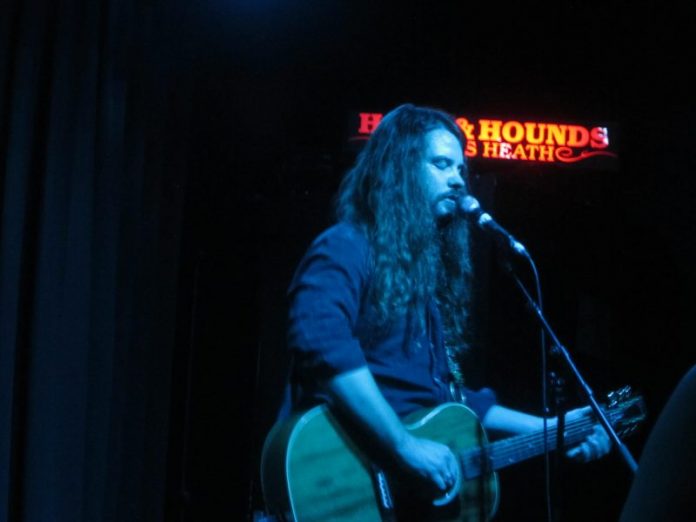 “If you’re gonna call yourself a folk singer, you’d best play some damn folk songs.” This is, you can probably agree, a laudable sentiment. It is also what Colter Wall says before launching into a version of the trad classic “Railroad Bill”. It has been played by many – not least of which Billy Bragg on last year’s collaboration with Joe Henry – but has seldom sounded better than here. Wall, however, is more than a folk singer. “Me And Big Dave” is the diary (almost literally) of the morning after, while elsewhere there is a thoroughly dark heart to the likes of “Motorcycle” and “Sleeping On The Black Top”. With his low 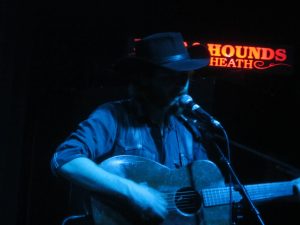 delivery, and echoes of everything from Johnny Cash to Nick Cave, there is a real skill about the songwriting here. Much of his half an hour set is culled from his self-titled, just released new album and that provides two real highlights. “Thirteen Silver Dollars”, which begins things, and the wonderful murder ballad “Kate McCannon” which is fabulously unrepentant. Wall is an all too infrequent visitor to these parts, but so compelling is this, that surely a full show is in order soon.

A songwriter of some repute and cousin of renowned Producer Dave Cobb, Brent Cobb is making waves with his own music. His most recent album – and major label debut – “Shine On Rainy Day” was a top twenty hit in the US and he is up for Emerging Act Of The Year at the Americana awards.

It’s easy to see why too. He has an effortless charm and superb songs and his hour here is one of warmth and friendship, even down to giving his bottle of Coors Light to a lady in the audience.

The tracks – in common with many a Southern gentleman – are rooted in their locality and environment. Where Cobb is slightly different, though is that his are more about the minutiae of the everyday.

Key amongst these are the likes of “Down Home” and the magnificent “Solving Problems” – a song about shooting the breeze with a friend – which are absolutely universal.

The theme of home and families is woven through many of these cuts, “South Of Atlanta” is classic 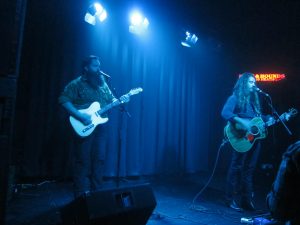 country in the traditional mould, and “Diggin’ Holes” comes with a timeless quality. There is even a celebration of the traditional with the knockabout fun of “Old Shit”.

Playing as a duo with Mike Harris on Electric Guitar, who provides some mighty soloing and his slide work on “Black Crow” is excellent, gives the set more depth than many shows of this type.

To that end there are a couple of well-chosen covers, Skynyrd’s “Swamp Music” always sounded like the  Allman Brothers anyway, but really does here and their version of “Guitars And Cadillacs” brings out the hillbilly music that Dwight Yoakham talked about.

After he ends with the blues tinged “Let The Rain Come Down” (there is no encore – such rock star bullshit wouldn’t work here) Cobb says he’ll go for a beer with the sizeable crowd. “We are good at drinking beer,” he pauses. “…..Actually, we are better at that….”

In that case he must really excel with booze, because with a guitar in his hand he is a fine proposition and one with genuine crossover potential.