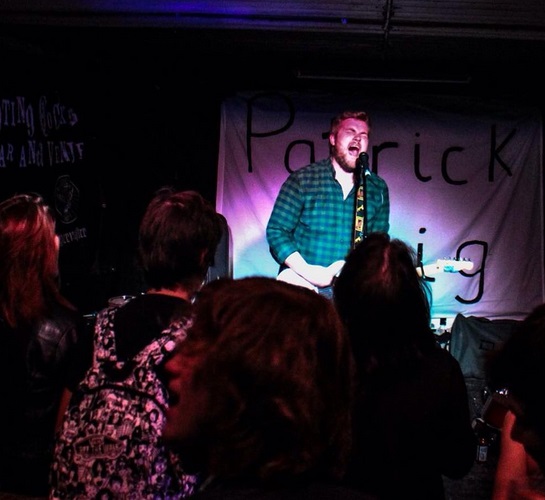 With a tune in his head and a lot on his mind, Patrick Craig has been preforming since he was 16. Spanning topics of love, lust, loss and dancing while drunk, Patrick writes songs that convey wisdom beyond his tender age. With several years of touring experience, Patrick never fails to entertain on stage, in the street busking, or playing a house party. Bringing the energy of a full band with just his acoustic guitar and sharp tongue, Patrick’s live shows have been described as “a burst of energy onstage…a songwriter with the wit of a comedian and a heart that knows tragedy”.

During his formative years, Patrick constantly aimed to entertain. After a brief spell in a punk band aged 13, Patrick traded his battered no-name electric guitar for an acoustic and began to play wherever people would listen. “I’d be standing in the corner of a room at a house party, playing whatever songs people shouted out.” Claiming to hold the record of ‘playing Wonderwall more times that Oasis did’, Patrick began surreptitiously slipping in his own songs in sets.

During this time, Patrick began writing more and more songs. Patrick always followed the advice of his songwriting heros to ‘write what you know’, Believing that honesty is the best policy; Patrick started writing about his life. “Songs are a reflection of the writer, consciously or otherwise. I was just holding up a mirror about everything in my life I either loved or hated and made it sort of rhyme.”