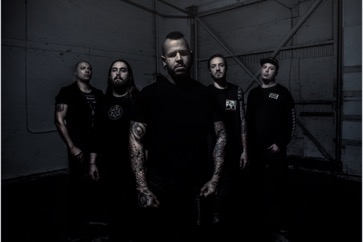 The  track which can be previewed here – is the first song revealed off the band’s debut album, slated for Spring 2018 on Eleven Seven Music. The track provides a taste of what’s in store for fans on the forthcoming collection: bold, metal-infused anthemic hard-rock.

The Los Angeles-based five-piece is now gearing up for an even bigger 2018 with new music, a new label, and new management.

“From a creative standpoint we were very fortunate to garnish the support of not only a friend we trusted as a manager but also respected as an artist and entrepreneur,” explains the band of the decision to work with Bathory’s Management Company. “Zoltan’s outside the box thinking and unique perspective helped broadened the vision of what we hope to accomplish as a band”.

“I knew these guys for many years from their previous bands so I knew they were all exceptional musicians, but when they formed “Bad Wolves” and played me the first few songs I thought …Okay… there is fire here, this one has the magical combination. Hard work and persistence always outstrip talent, and these guys have both,”adds Bathory.