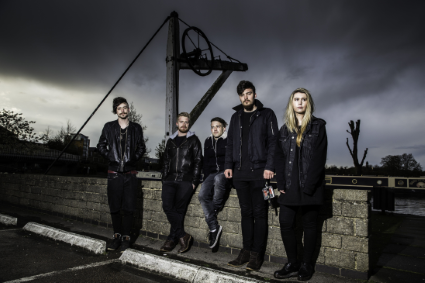 Modern punks with an EP next Spring

Rising Brit Rockcrew Elasea express a sound that packs colossal riffs, smart arrangements, and layered vocals. With influences ranging from You Me At Six, Bring Me The Horizon, and Lower Than Atlantis, Elasea are ready to climb as they release their brand new EP, Lesson Learnt,on Friday 17th March through all platforms.

Hailing from Berkshire, and consisting of Andy Bradford (Rhythm Guitar and Vocals), Liv Jones (Bass and Vocals), Calum Radmore (Lead Guitar), Ashley Haskell (Drums), and Braydie Haskell (Keys, Synth and Samples), Elasea take from a wealth of inspiration and have absorbed their predecessors’ influences before adding their own imposing stamp. In doing so, they now despatch an enthralling sound that is refreshingly accessible and earnest.

Since their inception, Elasea have always been an industrious unit. In 2015, the alternative rockers delivered their debut EP, Where I Belong, to much acclaim from the likes of Already Heard, Alt Corner, ToxicandPunktastic, as well as earning support from Rock Sound Magazine. After this debut release, the band reshaped their line-up and added keyboard and synths to an already potent sound. Support shows with Funeral For A Friend, AllUsOnDrugs, Veridian, and Echoic soon followed, helping to further refine the band’s own live performances, as well as allowing them to cultivate a growing fan-base. 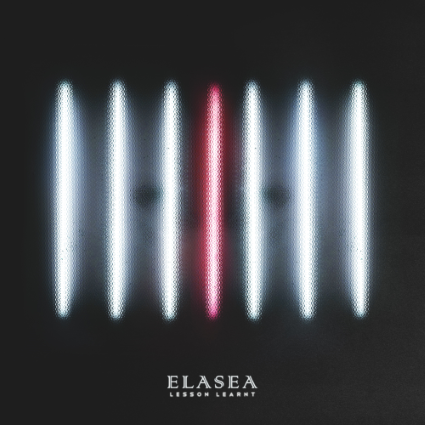 Now the five-some are braced to strike out on their own. The ascending rocksmiths drop their sophomore EP Lesson Learnt this March, and it greatly surpasses expectations. Their new video single Breathe starts proceedings in spectacular fashion with its eerie beginnings, before hammering out a soaring riff that ideally accompanies Andy Bradford’s emotive voice. The track highlights the band’s thoughtful texturing with Liv Jones peppering the cut with her alluring vocals and Braydie Haskell’s adept use of synth. Time Stops illustrates the quintet’s notable dynamism and shrewd phrasing, not to mention their towering ability to unleash a beast of a hook equal to Ashley Haskell’s pounding drumming. On My Ownparades Calum Radmore’s nifty guitar work, as well as exploring Bradford’s vocal diversity, as he bellows out Grohl-esque screams. By the time Walls comes to light, which further reaffirms the band’s stature and quality, you should be suitably convinced that Elasea have crafted a record that truly shines. Stay glued to the band’s social media sites for tour dates and show announcements.