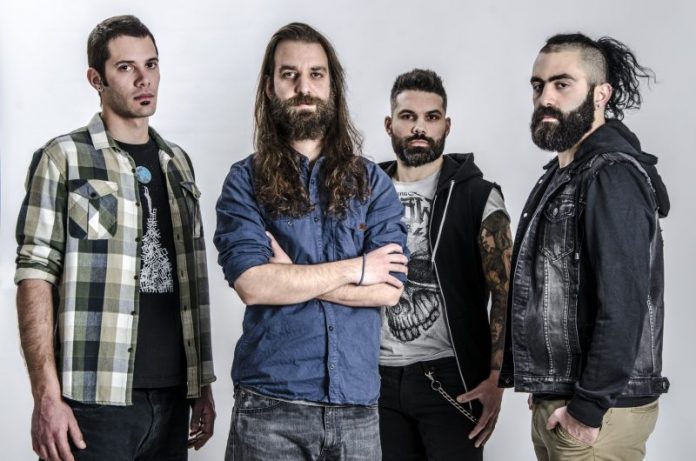 Born in 2007, Maplerun express a sound that is emotive, direct and immersing. Drawing from alternative rock, nu-metal and modern, the four piece have a keen affection for System of a Down and Slipknot’s stomping delivery and unbridled energy, and also cite Dream Theater, Porcupine Tree, and Tool, as key influences. To date, the Greek riff slingers have released two full length albums, House on Fire in 2008,  and 2012’s Restless, as well as a plethora of well received video singles. Maplerun are firmly established in their homeland and have regularly been featured and covered in Metal Hammer Magazine, on live Greek TV and MTV Greece. The industrious quartet have also supported Shadow Gallery, as well as sharing stages with Katationa and Dave Lombardo’s Philm, and have performed at Rockwave Festival (alongside Prodigy, Judas Priest and Rotting Christ). Recently, Maplerun have turned their attention to stretching their reach to the UK. The band supported American Head Charge and RSJ on their full 2014 UK tour, as well as supporting Skindred and Soil on their European tour and playing 2014’s Hammerfest.

For Maplerun’s third album, Partykrasher, the band enlisted legendary producer and multi Grammy Award winner David Bottrill (Tool, Stonesour, Muse, Placebo) to handle both mixing and producing duties. The record drops this April and it’s packed with ten beastly cuts that are soaked in dense instrumentation, hook laden choruses and engaging riffs with thoughtful dynamics. With a full touring schedule lined up for this Spring, including support shows with Blaze Bayley, the band’s rise is without doubt.