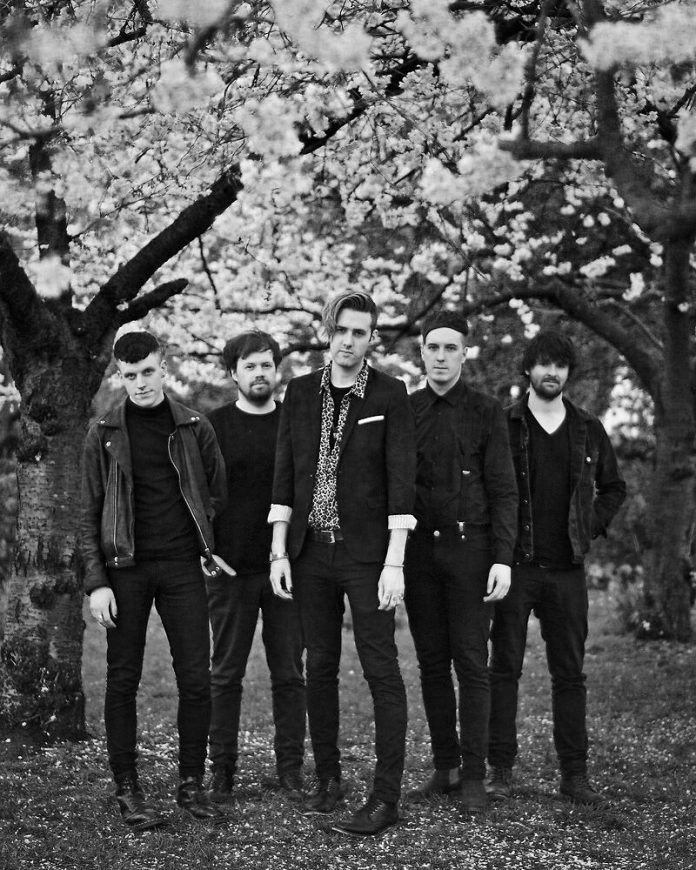 A secret no longer

Two years ago Dundee based band The Mirror Trap (TMT) were Scotland’s best kept secret. The 5-piece rock band met at music college and started writing and releasing music almost immediately, leading to considerable attention north of the border and much talked about appearances at T In The Park and beyond.

After their album ‘Stay Young’ was released on their own label in 2014 the band were spotted in their home town of Dundee by none other than Brian Molko of Placebo. His immediate connection to their anthemic, direct song writing led to a bizarre and wonderful opportunity for the band; they were invited to support the indie legends on a Trans-Siberian train tour of Russia, followed by the iTunes Festival (which was TMT’s debut London show) and then Placebo’s UK tour in 2015. This brought them to a wider audience where their engaging stage show made many new fans. They were no longer a best kept secret.

Gary Moore fronts the band, a personality not afraid to show his own opinions, a tonic to a variety of all too polite and passive modern frontmen; his dynamic sharp delivery backed by a powerful line of guitars and rhythm in Paul Markie, Paul Reilly, Ben Doherty and Mike McFarlane. At gigs they are joined by Scott Duffy on keys and percussion.

The band’s new album ‘Simulations’ was recorded at the infamous Karma Studios in Thailand, recent home to recordings from The Libertines, Young Guns and Enter Shikari. Its 10 tracks deliver a real statement of intent from a band that at times shows reverence to the sound of indie-rock’s past – echoes of that early Manic Street Preachers intensity, the ambition of Suede or the wordplay and bookish intelligence of Idlewild’s Roddy Womble. Yet here that almost Evening Session-esque charm, that late 90’s bombast, meets an angular sound of a modern rock and roll all of their own.

From the aggressive opener “Under The Glass Towers” to the sloganeering album closer “Bleach Your Bones”, the band deal in a series of memorable hooks throughout. From “No I.D.’”’s anthemic chorus through to the almost QOTSA low end of the brooding future single “Piranhas”, the bright melodies of “Something About Forever”” and the fragile, keys-led “Joyride” there is a rare something here to unite fans of guitar music across the board. While the melodies stick with you so do the careful words, Moore’s lyrics on the record dealing specifically with the lack of identity in today’s electronic world. ‘New Trance’ is about “the feeling of being hypnotised by smart phones and iPads and social media. Knowing that you have so much to be doing, so many places you could be, but still finding yourself sitting in the same spot, scrolling through pointless information.”

The release of ‘Simulations’ is June 10th, the week that TMT will be playing their own headline show in Moscow having developed a huge Russian following through those dates with Placebo. With KROQ in LA also playing tracks in advance of the release the USA is not far behind. The band’s first UK shows with the new material will be next month including Buskers Dundee on April 30th and Stag and Dagger in Glasgow on May 1st. Announcements of more shows in the UK and Europe to follow.