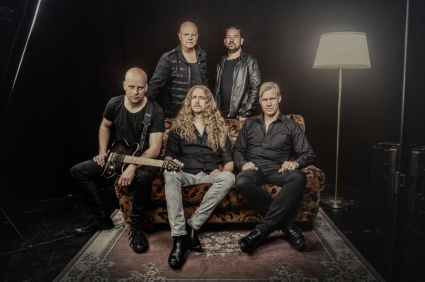 Swedish power metallers with an album due

Narnia was formed in 1996 in Jönköping, Sweden by Christian Liljegren [vocals] and CJ Grimmark [guitars]. Between 1997 and 2009 they released six studio albums, one live album/DVD [recorded in Germany] and one “best of” album through the respected German labels Nuclear Blast and Massacre Records. Narnia have toured with bands like Dio, Stratovarius, Sonata Arctica and Children of Bodom, played festivals like Sweden Rock Festival, Gates of Metal and many others, and established themselves as one of the leaders of the new wave of melodic metal.

Narnia have sold over 100,000 albums and have received praise from leading magazines as Rock Hard, Burrn!, Sweden Rock Magazine and many others.

On the new self-titled 2016 album Narnia re-visits their melodic roots but with an updated sound, creating a perfect blend. A powerful production by CJ Grimmark, mixed and mastered by Thomas “Plec” Johansson [Scar Symmetry].

The new album could be the strongest Narnia album so far. The band is hungry to hit the stages around the world so keep your eyes open for the new attack from these masters of melodic metal! The lion roars again!