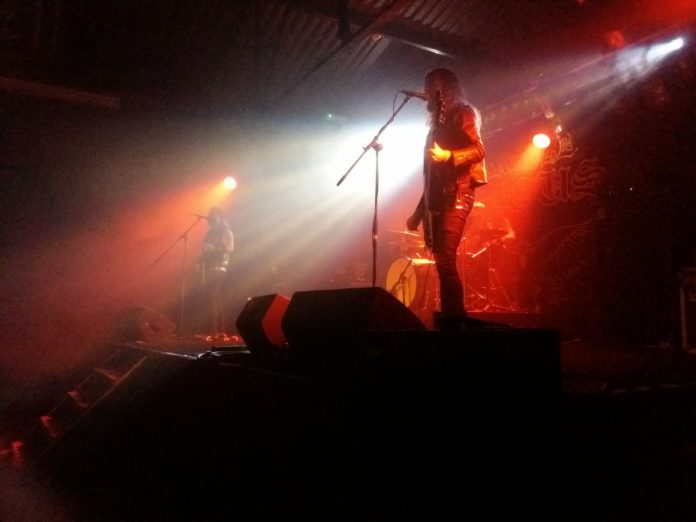 At times like these, you have to smile. If you didn’t, you’d cry, I suppose.

But right before Grand Magus come out onstage tonight, they play Judas Priest’s classic “Metal Gods” over the PA.

The lyrics to which are these:

Here’s the thing: Say what you like, but you can’t stop rock n roll….

Except you can, so this show, like so many more these days, is not going to Europe after this, all of which leaves opening act Wolf with a problem:

“We’ve got so much merch,” Niklas Stålvind explains, “that you just have to buy some. I’ll even shake hands with you, I don’t think I’ll die of Corona….”

If they’ve got all the tshirts, then they’ve also got a new album, out on the very day of the gig, and they get bonus points for playing four of them in the set already. Of course, though the band -now including Pontus Egburg, who has played with everyone over the years – have a sound that hasn’t changed that much over the decades. Meaning the new ones, particularly opener “Shoot To Kill” and title track “Feeding The Machine” have slotted in brilliantly. Older stuff like “Skull Crusher” and “Speed On” prove that Wolf are one of the finest metal bands there is. Right in the middle, though, is “The Raven” and this is the one where the darkness really soars. Metal as it should be, and with Wolf, it was ever thus. 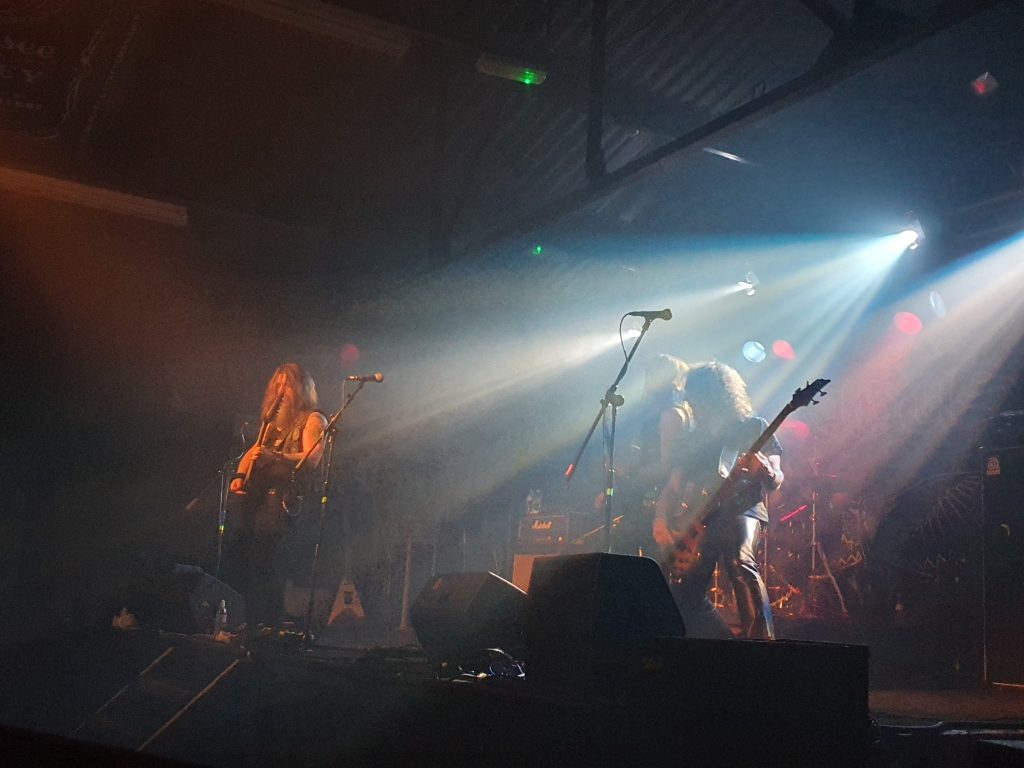 And speaking of metal as it should be. If you could bottle the essence of what a modern classic sounding metal band should sound like, it’s Grand Magus, surely? Last year they put out “Wolf God”, and like all their others, it was superb.

You should never have expected anything different to be honest. I’ve been watching the band for a decade, and the three, J.B, Fox and Ludde these days (the drummer has changed since the first time) just come on, play 80 minutes of leather clad, fist pumping heavy blinking metal.

Even the titles scream it at you: “Wolf God”, “Sword Of The Ocean” and “Kingslayer” – and that’s just three of the first four.

The glorious thing about Grand Magus is the simplicity of it. The fact they’d be playing this music, you suspect, if there was no one here (and even with the worldwide apocalypse, there’s a decent smattering in tonight), the fact they know the history, but are part of the future.

And moreover, the fact you can just throw your hands up in the air and enjoy it.

There’s some brilliant songs here too. “Steel vs Steel” absolutely pummels, and the closing pair, “Valhalla Rising”, and perhaps the best of them all, “Like The Oar Strikes The Water” are archetypes of the genre.

However, there’s only one that the audience wants, and they are chanting it here when Magus return for the encore. “Yes, yes,” smiles J.B, and he smiles a lot, “we will get to that after these goodies.”

And there they are. “I, The Jury”, “Dawn Of Fire”, and there they are. Before the mighty “Hammer Of The North” turns the rest to dust. Simple as that. Even as I am walking out of the venue and fans file out, they are still singing its hook.

Which is why, I will happily say this now. When all this is over. The only thing we might have left is Heavy Metal. It’ll survive. And Grand Magus – together with Wolf and a few others – are the modern Metal Gods. 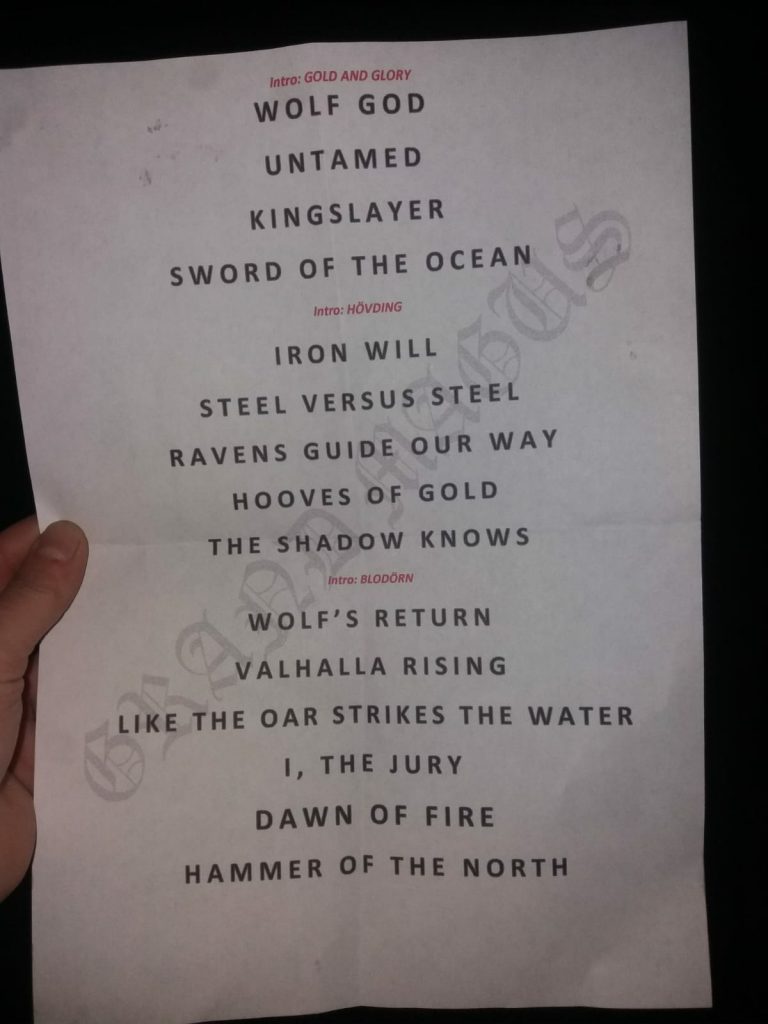 PHOTO OF MAGUS AND SETLIST BY EMMA CLAIRE