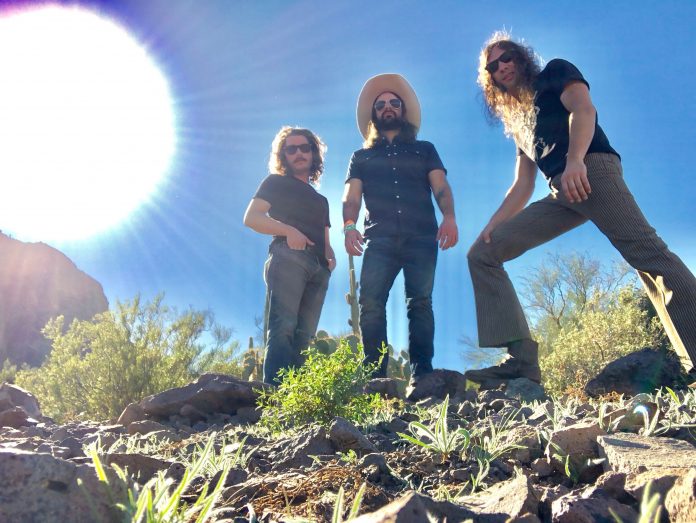 New York rock n rollers, Handsome Jack have recently released their new album, “Everything’s Gonna Be Alright” –  now they are premiering the video for the title track right here, ahead of their euro tour dates which begin tomorrow.

The band were captured live by an old friend as they told us: “It was great to work with Mike Montgomery again at Candyland Studios in Cincinnati where we recorded our previous album a while back.  Doing a live cut of the title track for the new record with Mike felt like we had come full circle.  It was an awesomely fitting way to kick off an amazing tour.  Keep your eyes peeled for more European dates to be announced soon!”, said Jamison Passuite

Hailing from Lockport NY, Handsome Jack plays a powerful and emotional fusion of boogie soul rock n roll that has earned the admiration of fellow rock travelers such as Chris Robinson (CRB, Black Crowes), Zachary Gabbard (Buffalo Killers), and Ben McLeod of All Them Witches, who produced their new record.

On Everything’s Gonna Be Alright the trio digs deeper into its soulful influences, brilliantly bringing back to life the classic sounds of Chicago, Memphis and Muscle Shoals, all rolled into one timeless record of American rock music for a new generation.

‘Everything’s Gonna Be Alright’ out now on Alive Natural Sound.