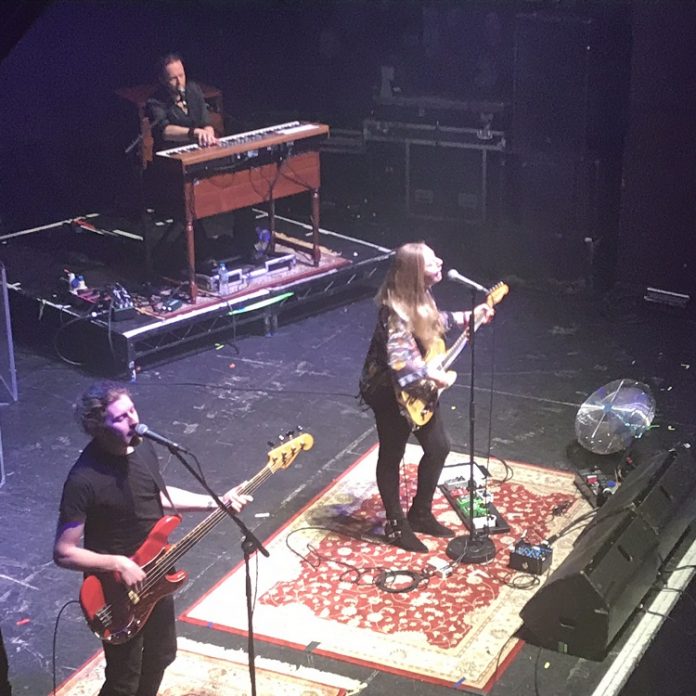 What resonates with people and what doesn’t is something I will never truly understand. Blackwater Conspiracy being a case in point. Even back when most of them were Million Dollar Reload they never really quite got the coverage they deserved. But they’re simply too talented for something big not to happen. One listen to the laid-back glory of “Penny For Your Dirty Mind” tells you that. Album number two is due and of the raft of new songs they play (all of which sound like they’ll make the sophomore effort something of a must have) “Yesterday” has the most immediate, southern rock infused feel. They end here with the Black Crowes-ish “Hanging Tree”. Towards its end singer Phil Conalane lets out an extended note, which is partly roar. But not of frustration. No, the general feel of this half an hour is that Blackwater Conspiracy know it might just be – finally – their time. 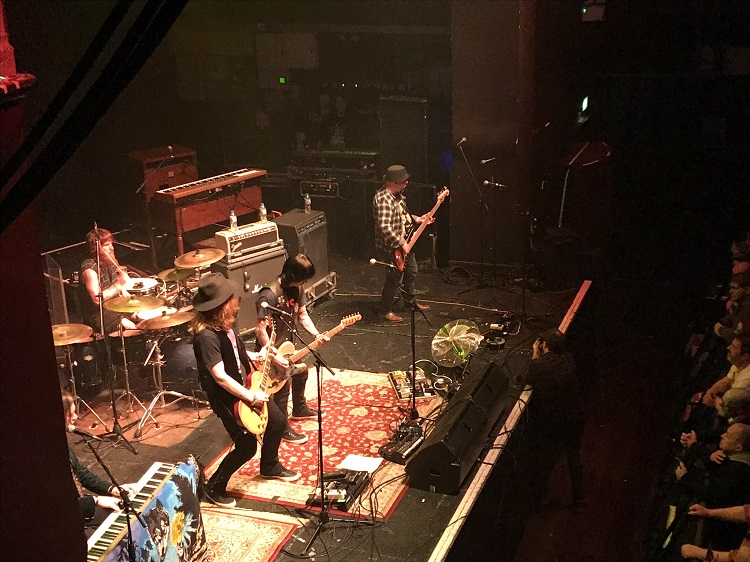 There are many things that Joanne Shaw Taylor deserves commending on. Her talent over the last decade has never been in question after all, but here’s another.

Playing a hometown show is pressure enough, surely, but to be touring an album that has been out for precisely a day and still having the courage to play most of it, is right up there.

Actually, maybe courage is the wrong word, because anyone who has heard “Reckless Heart” knows that it is very possibly the best album JST has made in her career. In that context, maybe starting with two of its songs is merely a manifestation of the belief that she and her band have in it.

Whatever, “In The Mood” – on which she genuinely sounds like she’s ready for anything – is the highlight it is on the record too, and the outright blues of “Creepin’” is proof to anyone who isn’t sure that tonight she absolutely means business.

It’s not solely about the new stuff, though. Everyone is too savvy for that. The likes of “Let It Burn”, “Wrecking Ball” and the wonderful “No Reason To Stay” are all given a fresh coat of paint this evening.

A potential reason for the fact that this is the most invigorated Taylor has looked in a long time is that the superb rhythm section is augmented this time by the wonderful Bob Fridzema on organ. If you’ve seen him play with King King, Sari Schorr and goodness knows who else over the years then you know the fella is the best at the Hammond Organ there is. The centrepiece of the show, arguably, “Time Has Come” is built around his solo, and with Taylor then joining in with a blistering part too, this really is special.

But the songs are the important thing here. This is not an exercise in just tech wizardry. The title track of the new album fits in perfectly, “Going Home” has never sounded better – or more appropriate and closing with “Bad Love” is surely just to fast track this one to be the set finisher for years to come.

The encore is interesting, given that it starts with the almost garage rock of “Mud, Honey” but finishes, as if to bookend the show, with “White Sugar”. And Taylor looks like she’s having the time of her life as she cuts loose and just plays.

The symbolism of starting with new and ending with old is open to interpretation. But how about this:  She’s moved on, but she’s never forgotten her roots in the blues. Joanne Shaw Taylor is pretty much unstoppable right now, and in this form she’s up there with the very, very best.