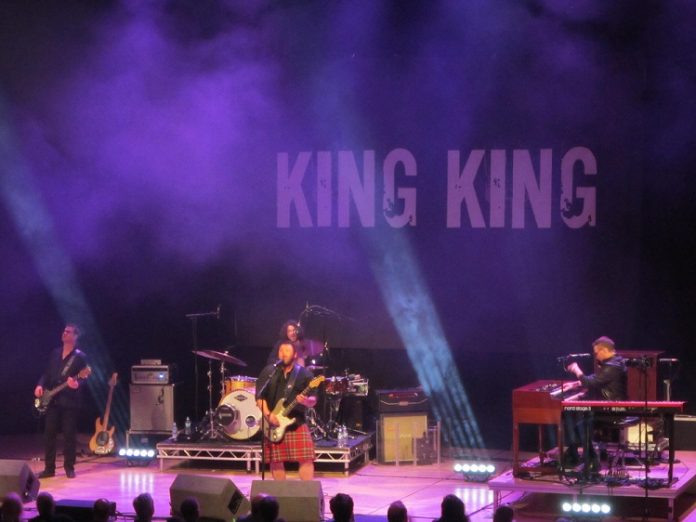 As King King’s Alan Nimmo notes, rather sagely, later in the night, Sari Schorr has a way of floating around, as if she’s not quite here. But goodness me, when the woman sings, there is no doubt whatsoever that she is bang in the room. In truth, ever since 2016’s “Force Of Nature” came out, there was enough to suggest the New Yorker was special. Last year’s “Never Say Never” only built on that thought, and so it is that tonight she can smile her way through “The New Revolution” and almost make you believe the world can change in 40 minutes. I saw her back in the Autumn, before the record was out – it was the first night of the tour – and the new stuff has evolved already. “…..Revolution” for example is a full on rocker, “King Of Rock N Roll” sounds bigger, the title track fair bristles with emotion and “Thank You” almost revels in the fact some guy has broken her heart. You honestly wouldn’t put it past her to rip his out of his chest, such is the way it is delivered. Guitarist Ash Wilson is able to handle anything, Mat Beable is a bass player of rare ability and together, this new Schorr band is sure of itself. “Damn The Reason” is the only dip back to the debut, but it is more slow and deliberate than before, as if she’s drawing every last drop of meaning from the words, and “Maybe I’m Foolin’” is a cut that even tonight’s headliners would be proud of. Sari Schorr deserves to be on the top of the bill at places like this and based on the old maxim of “be so good they can’t ignore you,” she surely will be. 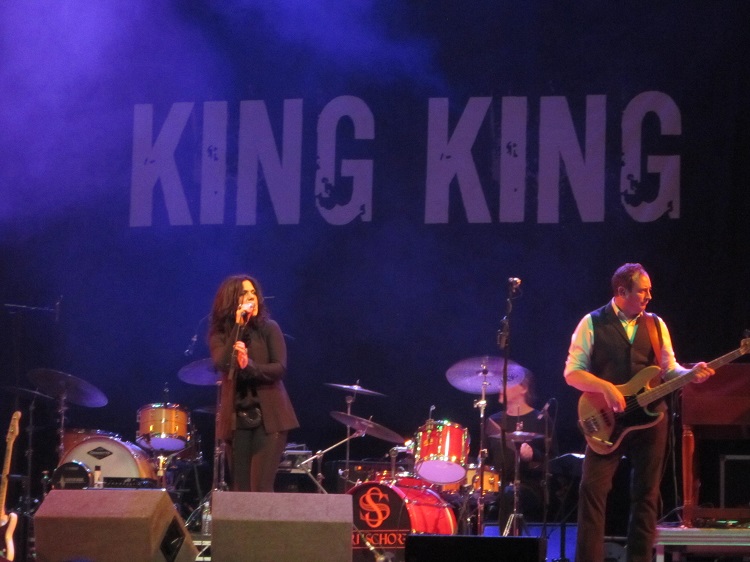 So King King have been doing this for ten years. A whole decade. And tonight is their chance to show why.

Passages of time like that shouldn’t really count for anything, I mean, why is ten years different to nine? And yet it feels like a milestone. To celebrate this the four piece have changed things up. Put it this way, if you think you know what a KK set feels like, then you ain’t – for once – got a clue.

It starts with a relatively new one. “Broken” from “Exile And Grace” and it settles down for “Lose Control” which they often do early anyway, but after that, well, all bets are off.

There are some, of course, that they’ve got to do. You do not, after all, pack this many gigs out and play as many shows (and yes, win as many awards) as these boys without anthems. “Rush Hour” somewhere along the way became that. I remember seeing them in arenas with Thunder with the crowd singing it back to them a few years ago. That was the point you just knew they’d made it. Tonight it sounds mighty.

But then, there are some you might not have expected too. “Heed The Warning” is played for the first time here, while “Coming Home (Rest Your Eyes)” and “Take A Look” are but two from their third album that got lost in the mists of time. “Stranger To Love”, though didn’t. And when Nimmo cuts loose here for his solo, you understand yet again, why he is the best there is.

“(She Don’t ) Gimme Me No Lovin’” is very much their outright rocker, while “Crazy” perhaps shows that they have always had their eyes on styles other than blues.

Actually, perhaps the best thing about a King King show is that for all the skill and the musicianship, it never feels cold and clinical, ever. Instead Nimmo is at his convivial best, asking someone to Facebook Live “You Stopped The Rain” for his mother to watch, only to find Mrs. Nimmo isn’t there (“oh well, we’re playing it now, she’s had her chips….” He laughs). That they can switch from this to the charged and deep “Find Your Way Home” says everything you need to know about them too.

As does the encore. “Take My Hand” – the title track of the debut –  sees Birmingham singer Jackie Williams add a soulful twist just like she did on it originally, while “Old Love” closes things with a genuine highlight.

Not only is the track one I haven’t heard them play for years, its solo is stunning and it is dedicated to Lindsay Coulson to boot. The bass player leaves after this tour, and Nimmo is heartfelt in his tributes.

They’ll go on, of course, just like when other members have come and gone of the years – and let’s face it Wayne Proctor, is a magnificent drummer and keys man Jonny Dyke fitted in seamlessly more latterly, but that’s for the future. Tonight was a celebration of a wonderful decade.

It is tempting to say that King King is what happens when four brilliant musicians get together, but in truth it is more. Every football fan knows, you can have great players but a rubbish team. To succeed you need a chemistry, a certain something. King King do. They have for a decade, and they will have for a lot longer yet.