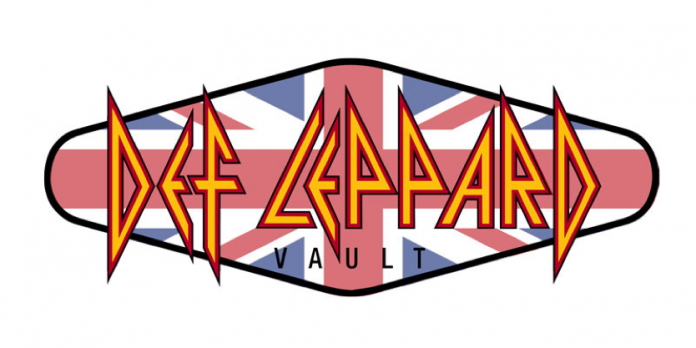 After amplifying anticipation for its grand opening via their social channels, legendary British rock ‘n’ roll icons and Rock & Roll Hall of Fame®inductees Def Leppard will officially unlock The Def Leppard Vault at http://www.LeppardVault.com today. The band have uploaded this innovative living and breathing digital museum with a treasure trove of history, including exclusive never-before-seen photos, products, video, audio commentary, interviews, and more. They will continue to personally curate and regularly update this online destination as a hub for their past, present, and future. It will grow with their career as they consistently add new artifacts and content throughout the next weeks, months, and years.

At the onset of the Global Pandemic, the quintessential musicians found themselves at home much like everyone else. For Def Leppard, this pause allowed for a moment of individual and collective reflection. Soon, the band members began rummaging through their closets, basements, attics, garages, rehearsal space, storage units, and spare rooms. In the process, they uncovered countless artifacts collected over the course of 44 years since their 1977 formation. These items tell the story of the band from their perspective, so they decided to put them on display in a groundbreaking manner.

Together, Def Leppardbuilt the vault as a way to pull back the curtain behind their monumental, yet intriguing rise to rock superstardom.

About The Def Leppard Vault, frontman Joe Elliott commented, “After months of digging through our personal rock and roll closets (and warehouses, no less!), we present you our history! Our historic vault will continually be updated with installments you may have seen with some gems I promise you’ve never heard or seen! It’s a true backstage pass for any Def Leppard or rock and roll fan! Please…step inside and walk this way!”

Brad Mindich of Inveniem added, “We are extremely honored to be trusted by the band to help them find, curate, and present their expansive history to fans in this new, digital environment. Def Leppard’s stories and artifacts are extraordinary, and their desire to want to create the Def Leppard Vault so they can share their legacy directly with fans reinforces why they have been so impactful on music and culture for more than four decades. And the exciting part is that what fans will see starting today is just the beginning. There is so much more being discovered from the band and fans alike that will be added to the Def Leppard Vault for months and years to come.”

Bringing The Def Leppard Vault to life, the rockers personally share their stories with some of their most treasured items in exclusive audio and video vignettes as well.

Among its initial collections, “On The Road”spotlights photos, historical instruments, backstage passes, and tour itineraries. Capturing their unmistakable fashion, “Jacket Required”flaunts jackets and stage attire from the band’s personal collection. “All I’ve Got Is a Photograph”presents driven photography and timeless promotional images. Plus, they included a retrospective track-by-track in celebration of the 25thanniversary of their first greatest hits album, Vault. It boasts audio and video commentary courtesy of all five members.

Engaging fans to the fullest extent, The Def Leppard Vault also offers limited-edition reproductions of specific artefacts from the band’s history for sale in addition to other exclusive pieces.

Welcome to The Def Leppard Vault.