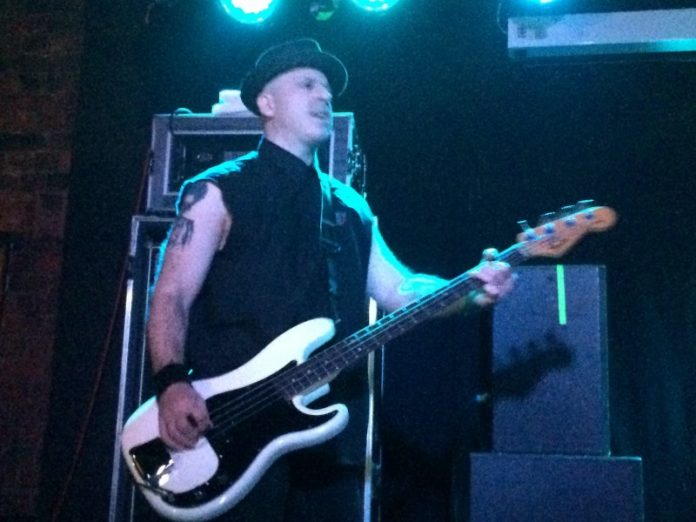 For a band with such a complicated past, the opening to this – their first show in Wolverhampton for a very long time – is remarkably simple. There’s nothing by way of an introduction, merely Mina Caputo with a simple “Good Evening Wolverhampton”.

With that, Brooklyn’s Life Of Agony proceed to lock into their first huge groove of the evening – it’s not their last – and essentially there’s no let up throughout.

Fittingly for a band that always saw themselves as outsiders, their music doesn’t fit into any of those neat genre boxes we like to like to put things in either. Part massive, thick, almost Sabbath like riffs and part New York hardcore, the real key to the band was always that they didn’t sound like anyone else. They still don’t.

And it really is interesting to watch them here, and listen to those lyrics with fresh ears, and understand to the real torment contained within on a way we never truly did in the 1990s. Specifically work like “Lost At 22” which sees Caputo joke that she’s changed the lyrics to the song to “lost at 42”. Indeed it’s easy to forget that the woman who is in good spirits tonight and suggesting that the guy in the front row “suck my titties” wasn’t always like that and really was lost in darkness. And there’s real heartbreaking rawness still, after all this time, to songs like “Bad Seed”, which is sent out with real feeling here.

There is a visceral side to LOA, too, and they menace superbly on “Respect” and there’s a mighty Helmet-style wall of sound to “Weeds”. Allied to this is a complexity that none of the peers possessed, and “Other Side Of The River” ebbs and flows, while “Method Of Groove” is a real highlight.

A captivating hour, which sees Caputo as ever a skilled singer and front woman – joking at one point that the barrier at the front is “to keep you fuckers safe from me” ends with a viscous “Underground” and if there’s a measure of disquiet amongst the crowd that there is no encore, then at least Life Of Agony made sure to conform to the showbiz cliche of “always leave them wanting more.”

This tour heralds the beginning of a period of activity for the band as the classic line up is back together and set to release their first album in over a decade. On this evidence they still have plenty to offer.