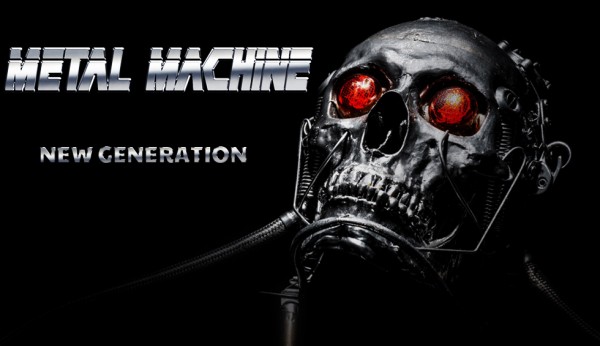 Metal Machine is the brainchild of vocal metal monster Csaba Zvekan (Exorcism, Zvekan, Raven Lord, ex Killing Machine). Zvekan who delivered killer performances on both the Exorcism and Raven Lord debuts saves his best work for Metal Machine which is truly his baby.
Wearing the producer, engineer, musician and vocalist hat might be too much responsibility for some but one listen and you’ll certainly be convinced that Zvekan is more than up for the task.

On ‘Free Nation’ Zvekan resurrected some older Killing Machine material he had in the vaults and combined it with some freshly composed newer things. A full band release is expected to follow as soon as early in 2015, so fasten your seatbelts.