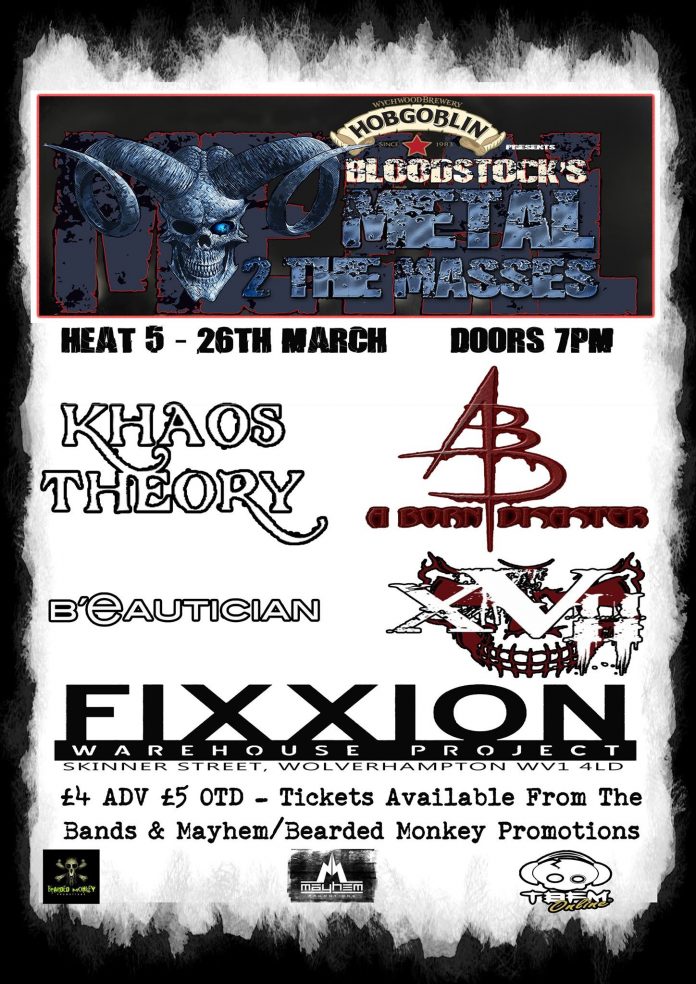 The first four heats showcased everything that was great about Midlands Metal. Don’t worry, Heat Five doesn’t let up in quality…..

Khaos Theory are in this one. The band recently announced a new singer in Bexie James, and gave us an exclusive on their brilliant first track with her behind the mic, the Maiden-esque “Thorns Of Black.”

Sell music on Amazon at ReverbNation.com

A Born Disaster specialise in Metalliation. The Wolverhampton four piece are heavy, bruising and uncompromising. The lads of ‘ABD’ say “this style of metal is just what the world is asking for, fresh, original and damn right badass”. With an array of all inspiring melodies and indifferent song styles, the mixed bag of metal that ‘ABD’ can deliver is simply unreal. The band plan to let the world know just what metal is all about and are ready to cover the UK in the true meaning “Rocking the F*** out”.

Beautician are a Deathgrind band from the home of Shakespeare, Stratford-Upon-Avon. Check them out on a recent video they uploaded on Boxing Day.

Kidderminster’s XVII are a modern metal five piece who have appeared in Kerrang when they supported The Defiled. Find out why they went down so well here.