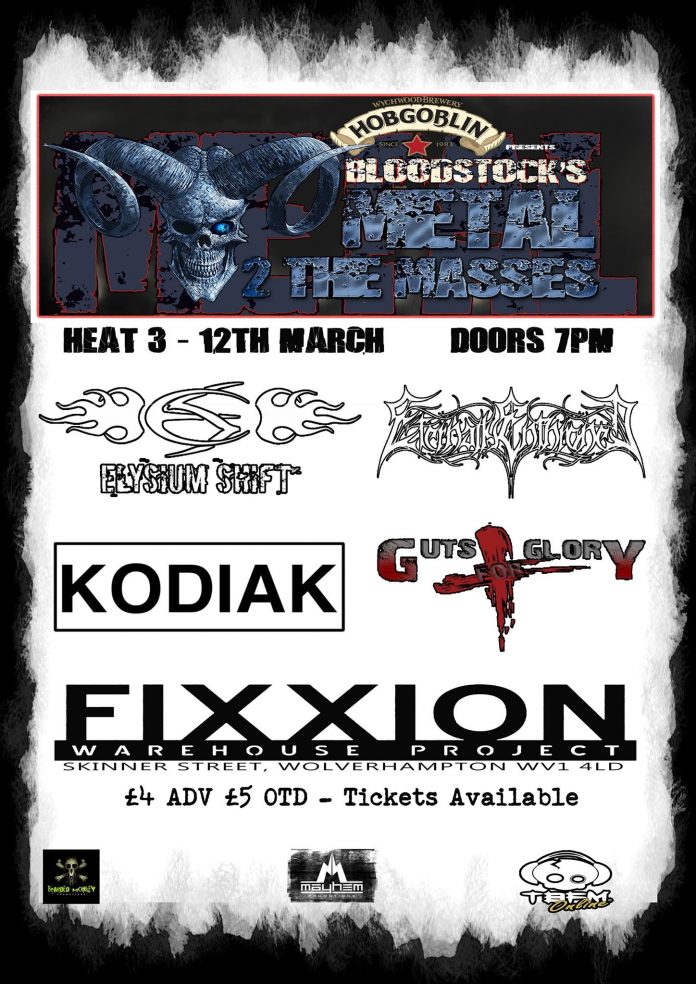 Wednesday brings us our third in-depth look at M2TM

Heat three at M2TM brings another eclectic mix of rock and metal to FWP.

Elysium Shift according to their Facebook page are: Four Midlands based balls out tactical sonic assault bastards specialising in shit hot metal with pedigree, integrity and massive knackers.

Which is good to know. It probably makes more sense to listen to their music….

Send Newsletters to your fans from ReverbNation.com

Guts For Glory are a little easier to fathom: a 5 piece band from the West Midlands. They say “We love to put on a show, have fun playing kickass music, and kicking it old school!”

Here they are doing just that.

Promote your mixtape at ReverbNation.com

Kodiak Formed in 2011, Kodiak are a 3 piece band based in Wolverhampton, who draw influences from Metal, Grunge and Classic Rock.

Eternally Enthroned are a two piece Black Metal band from Wolverhampton who are heavily influenced by the Norwegian scene of the 1980s and 90s.