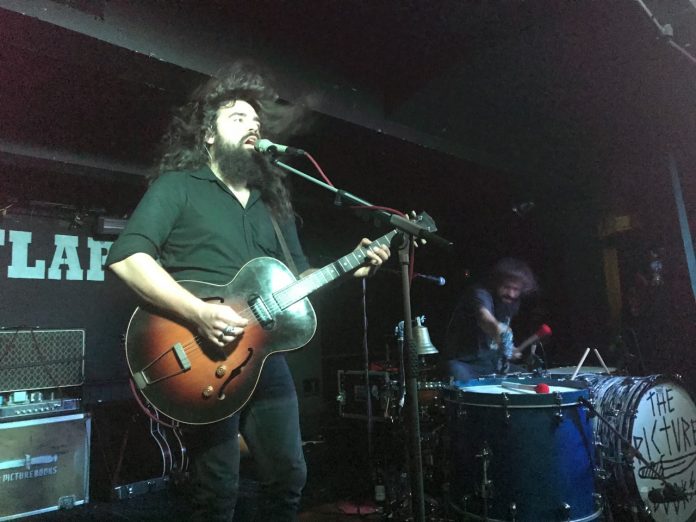 You need that ooohh? You need The Picturebooks 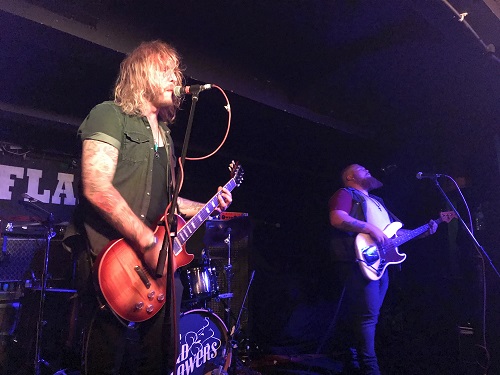 It’s almost like Tom Leighton doesn’t know how good the band he’s in is. “This one is our new single,” he says – and you’d best believe the look of incredulity on his face is totally genuine. “It’s been on Planet Rock, I dunno where they think we’re from? We’re just three weirdo’s from the Black Country…” With that they are into “Thunder Child” and quite frankly, Tom, bassist Dale and drummer Karl, are going to have to get used to this exposure. The simple truth is this: there are local bands who don’t do as much in a career as these boys have in three years. The Black Country was never quite enough for them, and they stand on the cusp of something special. New songs like “Secrets” show the forthcoming record is one to look forward to, while (comparative) oldies like “Living The Dream” are infused with some new confidence. They finish their 40 minutes here with another one people know, “City Lights”, and it’s those that are going to be shining for the Bad Flowers very soon. Blooming good, on every level.

How do you adequately describe The Picturebooks? The answer is you can’t. The two piece from Germany are unlike any other band there is. Drummer Philipp doesn’t play the drums, he beats them. Literally injuring himself in the process, he doesn’t mess about with cymbals either. Just percussion. And guitarist Fynn plays the guitar not quite in the classical mould, let’s just say that.

Here for 80 minutes they are somewhere between a tour-de-force and a whirlwind. There’s a moment in “War Dance” where you think the song sums them up perfectly, and yet this is not some exercise in bluster with nothing behind it. Because the pair have, in their astonishing “Home Is A Heartache” album is choc full of brilliance and here it – almost literally – comes alive.

“Zero Fucks Given” captures the zeitgeist and is prefaced by a lady showing off her new tattoo with exactly that, “Cactus” is unhinged, and “Bad Habits Die Hard” comes in with a groove to shake buildings.

The undoubted highlight, though, is “I Need That Ooooh”, it is almost carnal, the sound of lust, the sound of a band who knows exactly what it is doing and is totally on their game.

In truth, they’ve always had this ability, it’s just now they are fleshing it out. The older songs they play towards the end of the set, “E.L.I.Z.A.B.E.T.H”, “Rabbit And The Wolf” – during which Philipp appears to hurt himself: his response? Pummel the drums harder as if its their fault – and “Your Kisses Burn Like Fire” show that, but they also show that the boys are better at playing them now than ever.

There’s an encore, Fynn plays “On These Roads I’ll Die” acoustic solo and it’s as dark as anything Johnny Cash did. Before it he repeats a phrase MV has heard him say before. “We have no plan B,” he says. “This is us. We came to these cities before, and each time we see more people”.

And that’s why they are such a wonderful band, they appear genuinely humbled anyone has come at all. Tonight might be dogged by sound problems, but in an odd way that only makes them seem more real, and as they end with “These Bridges I Must Burn” it seems that The Picturebooks continue to get everything just about right.

If you try and talk about The Picturebooks, you end up saying things like “primal blues”. But the fact is such an epithet doesn’t remotely do them justice. Instead the only way to experience them is to see them live. Then you’ll feel it. Then you’ll know.