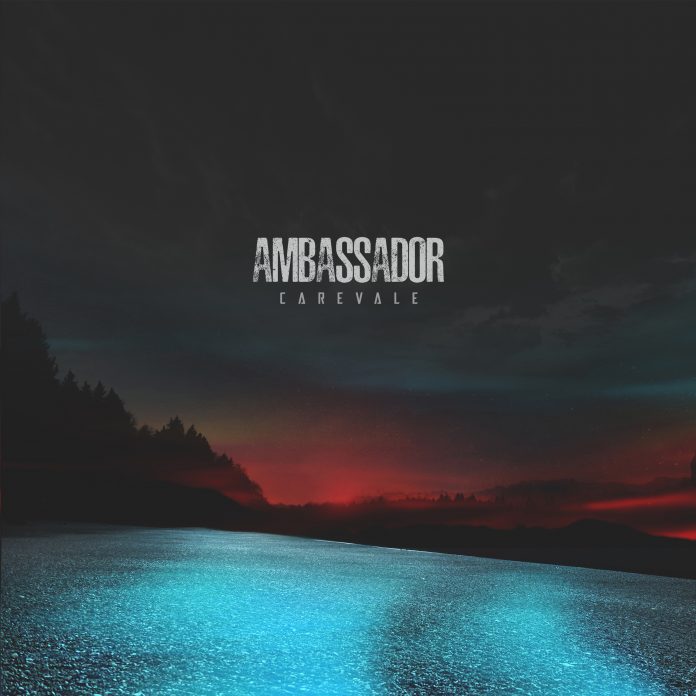 Ambassador is a post-punk, dark rock band from Baton Rouge, Louisiana who are about to release their second album, “Care Vale”, the follow up to 2018`s acclaimed “Belly Of The Whale.” After a minor line-up change, the band are now a quartet comprising Gabe Vicknair (lead vocals, bass guitar), Jason Ourso (guitar, backing vocals), Dustin Borne (guitar) and Ean Savoy (drums).

The groups musical style arouses a sense of maturity and sonic exploration. Their emotional and vulnerable music is rooted in post rock, alternative metal, and Southern sludge. This blend of sounds has led to comparisons to bands like the Chicago based instrumental rockers Russian Circles and California`s Thrice. The band have said their name evokes different ideas and visuals, like their music and lyrics, it requires some personal interpretation.

The album opens with `Colonial`, the lyrics possibly referring to colonialism`s policy to retain its authority over other people or territories. We have complex guitar pickings, pounding drums, a sold bassline and vocals that are almost distant. It had me in mind of Deftones `Change` at times. The track stops midway before resuming with some fraught guitar chords, wonderfully hypnotic at times.

A minute passes before the vocals join in on `Voyager` and this mesmerising offering. Indeed, at times I felt that I was on a voyage or journey, literally as well as spiritually. I have to admit the lyrics passed me by as I let the music overtake me.

`Subterfuge` was a lot heavier musically and began with almost a doom metal approach with heavy bass and drums competing with the guitar chords atop. It then seemed to lighten up slightly but not a great deal but managed to retain that compelling quality about it. Subterfuge is a deception and maybe the duplicity here was the band leading you to expect something and delivering something rather different.

There`s a more melancholic texture about the title track `Care Vale. ` having a quite delicate and ethereal musical attitude but with an underlying sense of disturbance constrained beneath the surface below.

`Severant` is probably the most instantly assessable of all the tracks with vocals gently delivered over some intricately bewitchingly structured melodic passages.

The album closes with `Spasma` and it would seem to relate to finding an old acquaintance on the net, who seems to have a prosperous perfect life, needing to engage with them physically but not succeeding. The backdrop is as unnerving as you`d expect given the subject matter.

“Care Vale” was a perplexing but rewarding listen. Ambassador are a group that are difficult to define or to put their music into a particular category, post punk and experimental art rock coming closest. I read somewhere about the band “It is a game of opposites that attract each other, clouds and clearings, calm and storm, light and shadow, with the rhythm section acting as a trait d`union, a link.” A pretty far summation.

This is an album that it`s best just to listen to and decide for yourself.