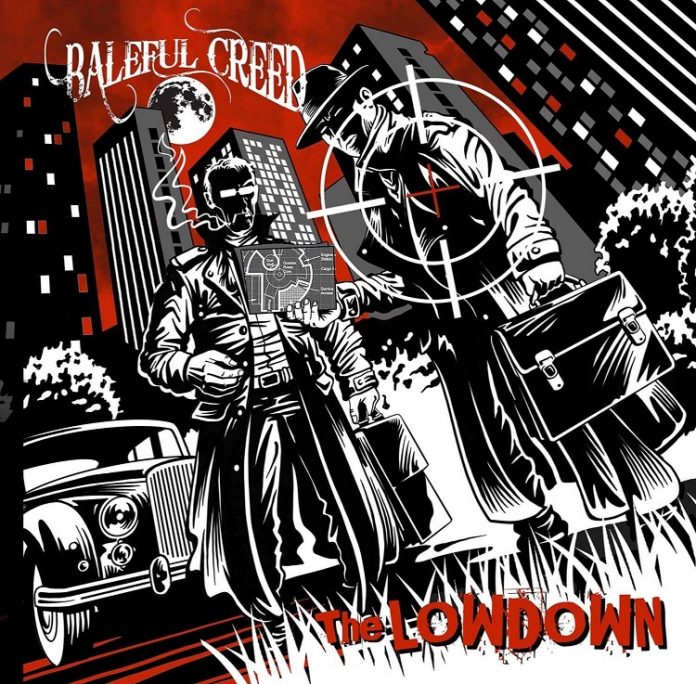 Sometimes, when I write these album reviews, I forget anyone is actually going to read them. I treat them as diaries half the time, the chance to get whatever is in my head that day on the page.

Many’s the time when I have published one and got the text. The one that says “I see I am famous again…..” when whoever I have written about spots themselves.

So, I am on shaky ground here, but I am amongst friends, I hope…..

To give you the lowdown. This is the 236th review I have written this year. I aim for one a day, generally, but in lockdown and so on, I’ve been ploughing through.

That’s a lot of music.

It also means – and my mates will be cringing here – when people send me recommendations outside of that, I tend to smile sweetly, go “yeah I’ll have a listen” and return to the pile of albums I am sorting through.

So to give you “The Lowdown” literally, many, many times over the last few years – people have tweeted me, messaged, sent me links along the lines of: “have you heard Baleful Creed?” “Yeah, I’ll have a listen…..”

A week or so ago, a chap called John tweeted me late one night and asked if I’d heard his band, Baleful Creed. I think I even replied that “yeah I’ll have a listen….”

Ok, this is getting silly, its on Apple Music, lets give it a song. So this time I did listen. And so should you, because quite simply, Baleful Creed are the finest rock n roll band that you might not have heard of.

And if the last 270 words was me telling you I was wrong, then the next 500 odd is telling you why Baleful Creed get it so right.

The answer, essentially, is in the first riff. Played, I assume by John, who is one of the band’s guitarists along with singer Fin Finlay. It chugs along, with low tuned sleazy glory. A kind of insouciant cool that is best described thus: If Danzig had been misfits from Belfast.

Lets be clear here. BC has essentially perfected the guitar sound. For all the riffs sound like they’d cheerfully bludgeon you round the back of a biker club, the solos are proper rock n roll freak outs worthy of sleaze rock of yore.

Oh and the hooks. Yes please. There’s a moment on the intro to “The Phoenix” where I recalled “Blood, Fire And Love” Almighty (for a comparison, this is like recalling the first girl you ever fancied as far as I am concerned), but lyrics are entirely their own: “just like watching Bowie down in Berlin” sneers Finlay here, and there’s something muscular at work.

“Pilot My Head” has a huge sound, it really does. Not like the dull arena rock bands out there, but certainly they could arm wrestle Stone Broken if they wanted to see who went on last, “Riled Up” is faster – pedal to the metal if you want the cliché – but certainly in the outside lane playing mid-period The Cult albums and not giving a toss about the speed limit.

Like all the best, though, Baleful Creed might borrow from the greats but they don’t particularly sound like anyone else. There is just a hint of Orange Goblin about “Tramalamapam” and once I’d stopped Googling what it meant, I instead noticed the fact the bass of Davy Greer thunders, which is far more pertinent.

Now, there’s many perfectly valid reasons for saying that Baleful Creed rule, but the fact that they can get an actual Quireboy on their record will do me. Keith Weir makes the piano on “Confused” sound dirty as hell, before also adding his considerable skills to “Southgate Of Heaven” which has a kind of taste of Lionize about it.

The latter is the last one on the record, but in-between the idea are outlaws with a message is all over the bluesy “One Shot” – and if there is a lot of leather clad blues on this then never is it more to the fore than here.

“End Game” is best thought of as Southern rock, but the Texas Hippie Coalition kind rather than Cadillac Three, and the only thing close to a ballad here is “Line Of Trouble”, and that’s cool, they don’t strike you as the most tender band of all time, but even aforementioned The Almighty had “Little Lost Sometimes”, right?

The skinny on “The Lowdown” is simple. It’s brilliant. Muscular, blues infused hard rock that sounds like it would be happy anywhere the music was loud and the drinks were flowing.

And with due apologies to anyone who told me about them already, I know Baleful Creed have two other albums and I’ll listen to them, promise.

This one, though, is out of the top draw.