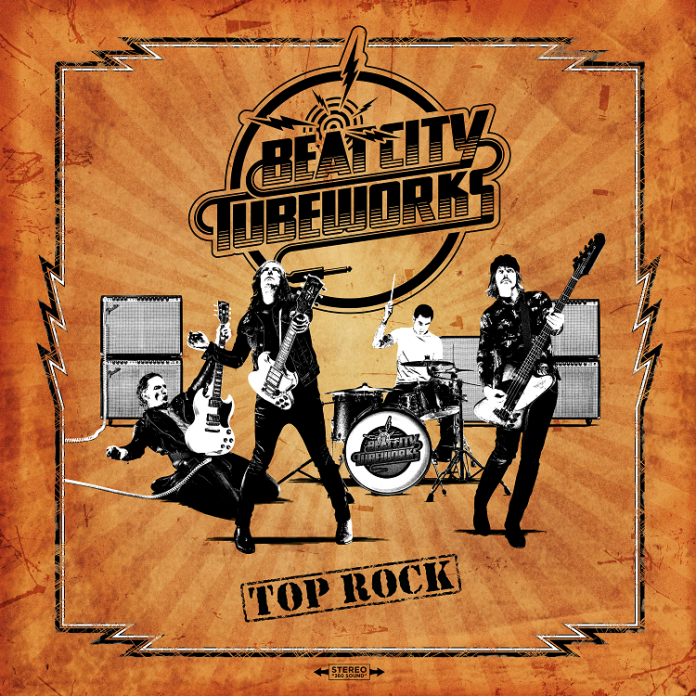 As the old saying goes, we are all ignorant, just on different subjects.

Celebrities, TV, soaps, whatever. It isn’t a world I understand, plus I never watch films, as anyone who has had the “you must’ve seen…..” conversation with me will attest.

But still, on the flip side, you can only imagine my outrage the other week when I saw Backyard Babies and a bloke I’m mates with rather flippantly said: “but they’re Swedish, there are no decent bands from Sweden…..”

Y’see, if I have never seen an episode of Dr. Who (I haven’t) or a James Bond Film (I haven’t) and wouldn’t know Yoda from Han Solo (I just about would) then I can reel off thousands of records from Sweden.

Christ, I own thousands of records from Sweden. The postmen of the West Midlands trotted down my drive with parcel after parcel in the 90s as I got them imported.

All of which means, without blowing my trumpet, I can say with something approaching certainty, that Beat City Tubeworks are ace. That “Top Rock” is, well, top rock.

If you’ve ever liked The Hellacopters, Imperial State Electric, Grande Royale, or if you’ve never heard of any of them but are partial to the first five Kiss records (shoot me if you like, but they are the only good ones) then get yourself down to Beat City immediately.

10 songs. Just over half an hour. It knows that everything good can been done in three minutes – twice if you leave your socks on – there is an electricity, a glee if you will, about the whole damn thing.

“Roadrunner” starts us, running, with a riff that couldn’t be more “Caroline” if it tried, “Succubus” is anchored down by Henrik Frisk’s drums, and melody. Good god, there’s melody. Harmonies, and Erik Linder, who is one of the twin guitars here along with Kristian Rigo, is surely born to be in a rock n roll band like this one.

“Ivory Wave” sounds like Chuck Berry with a load of added sugar, and “Fading To Grey”, builds more slowly, but only so it can sound a bit like Thin Lizzy before being something off “Destroyer” (or latter period Nicke Andersson, if like me, you prefer).

You know what you are getting here. You really do, but that doesn’t stop “Estranged” (not a GnR cover) being ace, even if you have heard it before. You’ll still be singing the “did you think you’d get away?” hook for all you’re worth – if you have a pulse.

“Archaic Approach” (one for the rapier wits, except do you think they didn’t know it sounds like its from about 1976 – I can assure you they do) essentially repeats the dose, and if “Joke’s On You” adds a touch of lighter stuff, it is even more of a glam stomper as a result.

“Idiot Savant” does change things up a bit, actually. Not a million miles from The Libertines (not a joke) it proves that BCT could, if they’d so desired, done anything. They just wanted to make a 70s rock record.

“Take Two of These and Call Me in the Morning” is even better than it’s title. What it does, essentially, is update a Southern Rock riff, and race about a bit, and the Quo meets punk overtones of the wonderfully monikered “80’s Forest Treasure = Hands of Sin” ensure that this does not have a single weak point. And the bass playing of Stuart Bayliss deserves praise here too .

On the promo pic they sent with the record, the four of them sit in a open top American Classic car – no idea what sort as cars are another thing I haven’t got any interest in – that’s what this is for, though. Racing down the highway, playing loud, living out their fantasies (no doubt sleeping late and smoking tea, too, as Aerosmith might have put it.)

Top rock always was about nothing more and nothing less. It’s what the Swedes do. And these boys, they know it.