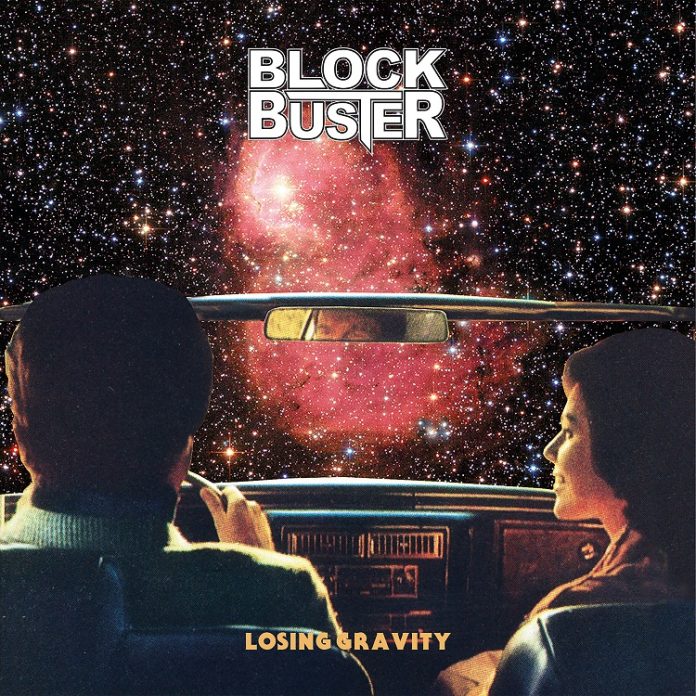 My generation, to be fair, never had a lot to be excited about musically. Those of us that grew up in the 80s, all the greats had called it a day by then, or else, everything we liked someone would say: “oh that sounds like….”

One thing, and I will argue this with anyone, that we did have going for us was hard rock. We had Bon Jovi, Poison, and those of us that liked being sleazy had Love/Hate. Plus we had GnR and Motley. So we weren’t badly off.

Which is why, really, when I review a new band with those classic intentions on the site, I desperately try and avoid being one of “those” blokes. The one who sneers and dismisses everyone under the age of 30 who is playing the rock n roll I grew up with.

Block Buster are a case in point, from Finland and formed by two brothers, Aarni and Jaakko Metsäpelto (which is always cool, as me and my brother formed about a thousand bands when we were growing up and never wrote a song), they are ready to bring their debut album to the world.

And the key to “Losing Gravity” is this. On “Back From The Shadows” Aarni sings this first verse: “Just a kid from the roots, taking over the airwaves. You got me howling, for a pool full of liquor big enough to drown in….”

Before he follows it up with this on the last track, “Bulletproof”. “Killjoys, come back another day, cos I don’t give a damn what you say…..”

That, my friends, is that. This is a bunch of kids living out their fantasies. They are living out your fantasies come to that, and how can you resent that, really? What sort of person would you be if you found fault in that?

Musically, there’s a lot of Extreme here – not the rubbish “More Than Words” sort, but the good stuff. Plus what makes them better than usual (aside from the total lack of self-consciousness) is that they mix all this “classic rock” with a youthful exuberance and a modernity.

“Out In The City” the opening thing here, broods a bit, but by the time the solo hits, Elias Salo has gone full-on Slash on your ass, and that’s just fine.

Plus, most of this is catchy as hell, “Gone By The Morning” has a bit of Airbourne gone sleazy about it. It’s get sex on its mind, and good God, if kids can’t use being in a band to get laid, then what’s the world coming to?

“Flammable” essentially likes the idea so much it does it again, with a different girl, probably, but the title track shows a more sensitive side. A bluesy lick, a more laid back approach (albeit they are planning to leave “footprints on the moon”) it provides a palate cleanser before the second half, on which “Sweet Mary Jane” slams like a real glammed up bad boy, and “Somebody To Shock Me” shows Block Buster were listening to Jovi when they opened for them in Helsinki.

One thing they aren’t, however is retro. “Walking A Dog” shines, it really does. Plus, crunch? You bet. “Move” is basically a vehicle for bassist Joonas Arppe to have a little Queen homage and the rest of them to “na, na, na” their heads off and “Would You Do It Again” offers something different, something close to Stereophonics mid-period hadn’t turned up before on this, but if they do get to the arenas they dream of, it will sound great.

“Dream” actually is the operative word. The artwork here. A young couple looking at the stars. And it seems anything is possible. “Losing Gravity” is for those who believe it is.