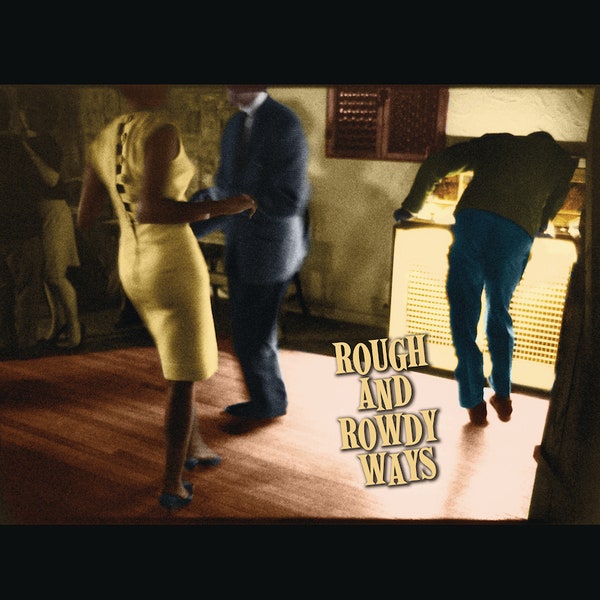 Of all the things I read and heard when “Rough And Rowdy Ways” came out, it was something that David Hepworth said that resonated with me the most. The brilliantly insightful broadcaster said this: “It doesn’t matter what you think about a Bob Dylan record when it first comes out, only what you think of it in two years.”

Dylan, of course, is not mortal like the rest of us. If he’s not the greatest wordsmith that ever sang a song, then he’s pretty damn close.

Therefore, I can only give you my personal Dylan story. The day before my 22nd birthday he released “Time Out Of Mind”. I bought it.  It had an incredibly profound effect on me. We saw him play on that tour and it was one of the most spellbinding evenings. The very next day I went to HMV and bought every single record he’d ever released (absolutely true, that, I also did the same with Faith No More once, but I digress).  The reason for saying that is simple: I can’t pretend I bought “Highway 61 Revisited” at the time and poured over it, and that’s the same for many. Everyone who loves Dylan will do it from their own perspective.

A couple of years after that first time, I saw him again. It was just as compelling, but the vibe was different. It was then I realised that Bob Dylan doesn’t do “Greatest Hits”. The versions of the songs that he plays in his shows, or that appear on the record, seem to be exactly what he’s thinking at that moment. Same as when I saw him a couple of years ago and he sat at his piano and didn’t acknowledge the existence of anyone in the arena at any point. Why? Well, to paraphrase Billie Piper, because he wants to.

There is the same feeling is all over “…..Ways”, the suggestion that these were the ten songs that just happened to come out of the magic at the moment that the tapes were running in some kind of rambling, stream of consciousness way.

“I Contain Multitudes” (taking its name from a Walt Whitman line, I think) with its gorgeous strings is a case in point. Yes it’s a wonderful rumination on the duplicity of man, but on the other side it does have this line: “I’m just like Anne Frank, like Indiana Jones, and them British bad boys, The Rolling Stones.” Now, part of you hopes that this is Dylan having a joke at our expense, like ‘I wonder if they’ll dissect this nonsense until the cows come home?’ and that seems to permeate throughout.

The dirty, grimy jazz of “False Prophet”, is not only a highlight, but wouldn’t it be wonderful if it was Dylan taking the piss out of the worship that surrounds him. I was at a Graham Parker gig once where some clown was stood there with a rare vinyl that he was desperate to talk to Parker about during the show: “alright fanboy, stop it now” was the response. That’s how I see this. A knowing, sarcastic putdown.

The record sounds beautiful, the genteel “My Own Version Of View” does for sure, but these are its opening lines: All through the summers, into January, I’ve been visiting mosques and monasteries Looking for the necessary body parts, Limbs and livers and brains and hearts” and that’s the incongruous nature of it, and the metaphor of the mad scientist surely isn’t lost here, creating things very much in his vision and no one else’s.

Not that Dylan should – or probably does – listen to anything new, but there’s something of a Back To The Future feel about the whole thing. That these were recorded in the 60s and just transported here. “I’ve Made Up My Mind To Give Myself To You” has a some harmonies that you can lose yourself in, but it is oddly hymn-like, gentle.

“Black Rider” the shortest at four minutes, has some Latin touches, “Goodbye Jimmy Reed” does a grooving blues thing and if I was going to say it was one of the most personal, but who the hell knows? Think Bob is going to reveal himself to me, you or anyone else? Like he said in a recent New York Times interview: “the young? They’ll believe anything.”

If I have a criticism of this, it is simply that is a little one paced, and I could do without “Mother Of Muses”. “Crossing The Rubicon” is much better. It sounds pretty much exactly like you want a modern Bob Dylan song to sound.

“Key West (Philosopher Pirate)” is as contented as the West Coast, and the namecheck for Radio Luxembourg is a nice touch, one that perhaps shows where the feeling for the entire record is.

That one is near ten minutes, but it is dwarfed by “Murder Most Foul”, an epic tableau interspersing the Kennedy assassination with a sort of alternative musical odyssey of the 20th century. It is an incredible song, and one which only a genius would think of. The sheer scope of it is what sets it apart.

No one sounds like Bob Dylan. No one attempts these kinds of songs. No one can use words like he can.

And to end it with a personal thought: The first time I heard “Rough And Rowdy Ways” I thought it was a sprawling piece of nonsense, frankly. It was those words of Hepworth that resonated again and again: “it doesn’t matter what you think of a Dylan record when you first hear it….”

It all depends whether you want to invest the time, but if you do, then this is wonderful. Eventually. Will it last? Ask me in 2022.