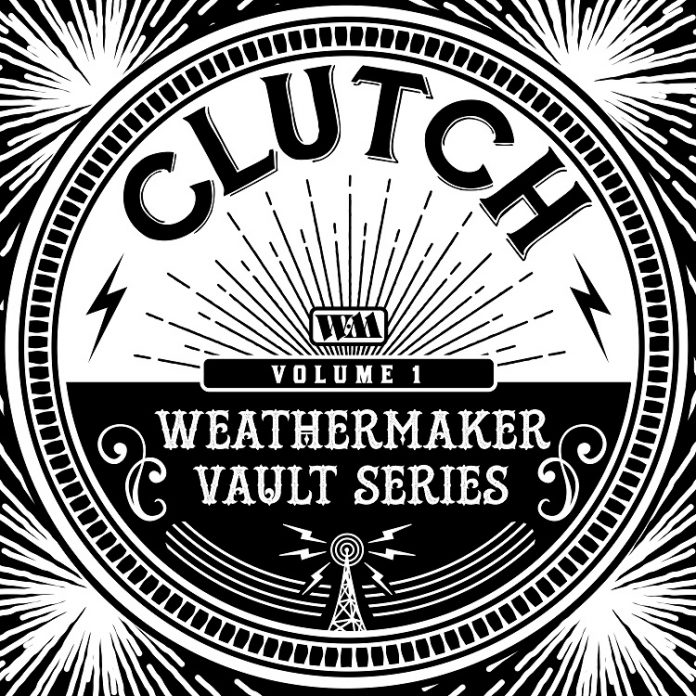 Clutch own their own stuff. I heard Neil Fallon (better known as the God of the geeky, beardy blokes with no rhythm) talking about it on a podcast. It was, he’d said, the only way to survive in the current climate.

It also gives them the freedom to do this, too.

“Weathermaker Vault Series” you see, began in the summer of 2019, as a way to bring occasional covers and re-recorded Clutch classics out digitally.

This is the first time that they’ve put them onto one album (apart from an unreleased cover of “Algo Ha Cambiado” by Norberto Napolitano, sung in Spanish) and whilst that might mean that the faithful (and I count myself amongst them – ever since I saw them support Corrosion Of Conformity in Nottingham, a long, long time ago) have heard nearly all of this, that doesn’t make it any less brilliant.

And its brilliant because it sounds like Clutch having fun. Like the same band you’ve always loved, just pushing the boundaries slightly. Like roping Randy J Blythe for “Passive Restraints” and him sounding like he was born to sing in Clutch. Clutching Lambs, if you will? It could catch on……

“Electric Worry” is the one, I guess, that everyone knows. It was on at a gig I was at once in-between bands and I was singing it absent-mindedly when a woman came up to me and said: “excuse me, who sings ‘vamanos”? My husband likes it. Here, anyway, they dial up the blues elements. “Run John Barleycorn, Run” is happy in its new guise as something just a little more dark and rumbling but it’s the covers that really interest.

“Evil”, the Willie Dixon number, pushes the Led Zep to 11 (and of course I know where Page stole from) and there’s also one of my all time favourite songs here, and it turns out the only way to improve on CCR’s perfection is get Clutch to have a crack at “Fortunate Son”, who knew?

The aforementioned Spanish one is an interesting diversion and sounds, essentially like Clutch singing in Spanish, “Spacegrass” floats more and for all the superb musicianship is perhaps a little too psych for my tastes, “Precious And Grace” is way better, given that it mixes two of my favourite things: ZZ Top and Clutch.

“Smoke Banshee” from way back when, is given a more modern Clutch makeover, as it were, and the last one, is probably the stand-out of the new versions, “Willie Nelson” is marvellous, probably better than the original.

Ultimately, if bands still released singles these would make killer b-sides. They don’t so there’s got to be a way for them to do something similar. My favourite bands in the 90s whether it was Silver Sun, Mansun, Three Colours Red or whoever, had some of the finest music they released as b-sides to singles. That’s how it was back then, and with “The Weathermaker Vault Series Vol 1” they are basically bringing it back.

So for as much as this, on the one hand, is for the completists, on the other it could also serve as a fine introduction to what is one of the greatest bands on the planet.