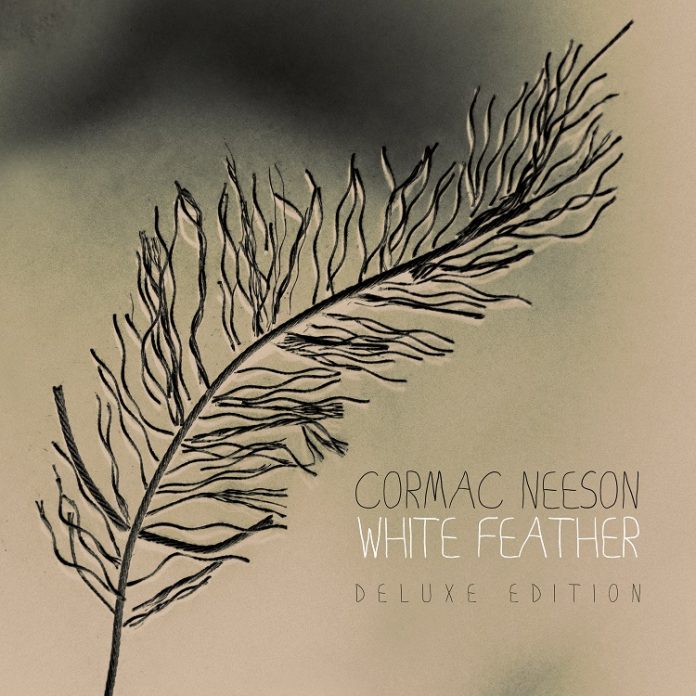 When it came out last year, as a limited edition CD, Cormac Neeson’s “White Feather”, struck a chord with me in the most emotional way. You can read why, here, if you want to.

It also reached the top 5 of the country charts, and if that sounds like a world away from The Answer, it’s because it was.

I love(d?) The Answer, but there was something special about this record, a beautiful, haunting thing, it might well have been the best thing he’d ever done.

That’s why I was so personally pleased that its been reissued “properly” as it were, with some bonus tracks on it, because a record this good needed to be shouted about.

The problem was, perhaps that it didn’t really lend itself to such bombast, instead rather like the song in its middle “Sweet, Gentle Love” was, well, sweet and gentle. Recorded partly in Nashville with some of the top guys, it was maybe the best Americana record of last year.

Oddly, listening to it now, in the context of 2020, it actually sounds better than it did. I hadn’t revisited it (this website doesn’t really allow me to do much revisiting) until this week, and listening to stuff like “Oh Son” and the beautiful fiddle on “Song That Lives Forever”, these tracks have really got it.

If you didn’t hear it at the time, then make sure you give it your attention. If you did, then there’s six new tracks to make it worth your while. “Everywhere But Here” is one that is in the same ballpark as the album. Whether it was recorded in the same sessions, I don’t know, it fits in seamlessly.

“What You Do To Me” is a slight departure. A little funky, a little soulful (the backing vocals in particular underline this) and “Whole Again” is the kind of ballad that can melt even the hardest of hearts.

Neeson has a clear love for country. There is such an old-time feel to “Sometimes You Gotta Make A Change” that it could have been on that Elvis Country record that first got me interested, but another of the new songs is proof that he just loves music. “Blue Beyond The Grey” is a proper rocker. John Fogarty is all over this, and the way it builds is pure Credence.

The last one is a “Radio Mix” of “Do Something New Today” – one of the standout cuts (and you just know that CN is the type of fella to call them “cuts” too) on the main album, and it is possible to imagine a bygone time where this would have been all over the radio and he’d have been a true rising star, an overnight sensation after 15 years, if you like.

That’s what this deserves. “White Feather” spreads its wings and soars. Don’t miss it twice.