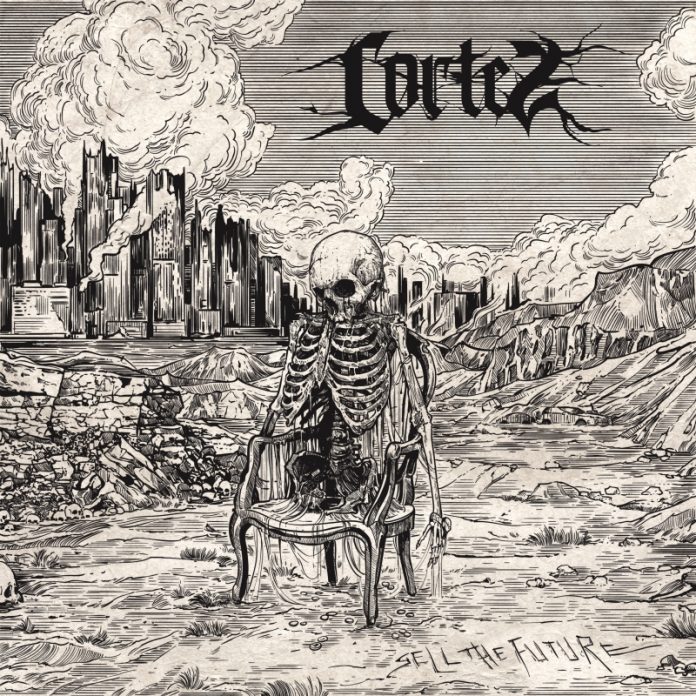 Like when your teacher came in jeans and told you to call them by their first name, or that awful moment on Desert Island Discs when Tony Blair chose his electric guitar, there are times when it seems you are trying too hard.

However, you’d best believe I mean this: The world’s greatest reviewers? Beavis And Butthead. Without question.

See, I sit here night after night (and this is the 445th review I’ve done this year) and write these words, and all it boils down to, when you get down to it is whether it rocks or it sucks.

This rocks. Massively. Like you want to scream “yes! Yes!” and break stuff, so exciting is it.

“Sell The Future” is neither the past, present or future of rock n roll, but I’ll tell you what “No Escape” probably is: the best single track of 2020, that’s what. Like someone brought “(Gotta Get Some Action) Now!” by the Hellacopters in and made it more of a riffer. Oh and added cowbell. Now, I guess I am supposed to tell you about who plays what (and Scott O’Dowd and Alasdair Swan are playing the axes) but you know what? Remember when you were a kid and all you cared about was the way it made you feel ? That’s this. Its brilliant.

The rest of “….Future” is mighty too, don’t worry. The title track is full of massive slabs of music that lazy people will dismiss as “stoner” which they aren’t.  What it is, though is massively clever, interesting lyrics that are as left field as the music is straightforward.

When they do disappear down some desert rock road (probably taking lots of Peyote?) they do it so well. “Faulty Authors” (which luxuriates in the hook line of “lets burn these fuckers to the ground”) is your proof. Kudos too, to drummer Alexei Rodriguez who dislikes his kit so much he beats shit out of it.

“Deceivers” is a stab at “proper” if you will, metal. A gallop here, a riff there, this record is whatever it wants to be. There’s even a whiff, just the merest hint, of some Maiden in “Sharpen The Spear”, while, there’s a kind of 80s proto thrash about “Vanishing Point”, which is always fun.

“Beyond” with its kind of windswept blues, ends things, and there are just eight songs here. There are 43 minutes though and that’s crucial. Why? Because any child of the 80s will tell you, that finding a record that fitted on one side of a 90 minute tape was the holy grail, it would be nice to think that somewhere Cortez remembered that, and made their own homage to it.

What is more certain, though, is that “Sell The Future” is the work of people who love rock n roll, made for those who love it just as much to play. Loud.