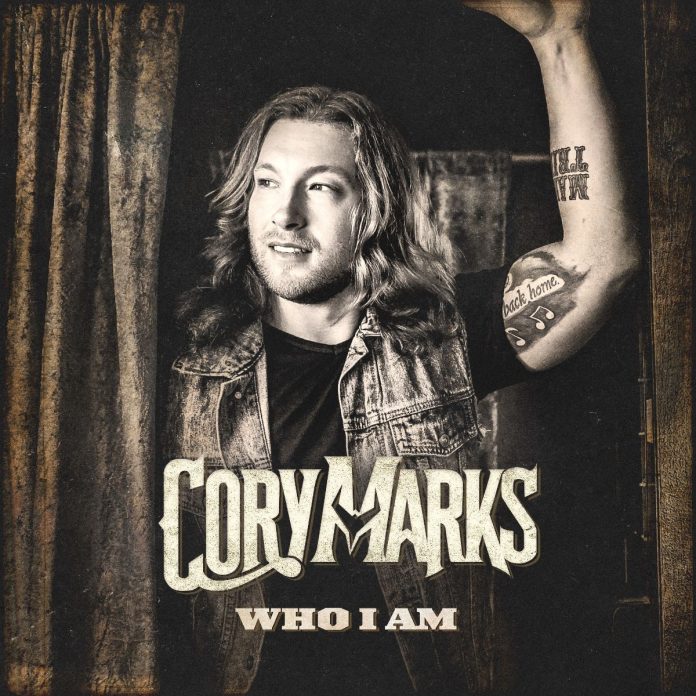 Right towards the end of “Who I Am” there’s a song called “Keep Doing What I Do”. Close your eyes for a second and it could be a Black Stone Cherry song, that’s the first thing.

Then there’s the lyrics. Here’s the bridge and chorus: “Time to call the girls and call the boys. And make a whole lotta that small town noise.

I drink I smoke, ain’t scared to fight

Why would I change, why stop now

You can go ahead and try and talk me down

We all got dreams, I’m living mine it’s true

So here’s to you

That probably tells you more about this record – Cory Marks’ debut – than anything else does. It’s for the good ol’ boys, its never meaning no harm, oh and its going to take over the world.  See, a college hockey player, and a pilot he might have been, but these days Cory Marks is about to break out as a big star.

The key to this is simple. Crossover potential. I don’t mean like Skindred here, and the way they mesh sounds together, I mean like this is as likely to be played on Planet Rock as some country station in the US. This is as good – and polished, crikey, its polished – as Southern rock gets.

And the scamp isn’t even American. Marks is Canadian. And I don’t care what anyone thinks, “Outlaws And Outsiders” – which features Ivan Moody (FFDP), Travis Tritt and Mick Marrs playing a solo like its Dr. Feelgood all over again – sounds like Nickelback (I mean this as a compliment).

It’s just that the one before it, “Devils Grin” is ready to throwdown in the redneck biker bars and the one after, “Good To Be Us” is straight from the Brantley Gilbert playbook.

Not for nothing does this quote John Mellencamp, this is middle America, this is middle anywhere, frankly. But where it differs from the likes of Luke Bryan, is its got proper rock n roll bollocks. “Blame It On The Double” is halfway between BSC and Cadillac Three and “Another Night In Jail” does country pop, but if this is the small town dreamer that always flavours these things, this one is doing a stretch.

There’s a feeling here that this isn’t ever far from an unapologetic middle finger in the air. There’s a touch of blues about the title track, but its blues the boys from Sons of Anarchy could get on board with.

Indeed, scanning the tracklist before I listened to this, I got to “Drive” and thought “oh, look another song about using the open road as a metaphor. And yeah, there’s a touch of it, but Springsteen only had her hands wrapped around his engines. Where Marks has his is somewhere else altogether.

Make no mistake, this is going to arenas. One listen to “Better Off” confirms it, and even the ballad “My Whiskey Your Wine” – the one “proper” country thing, if you will – has a hit written right through it (there’s two versions of it here too).

Arguably they save the best for last. “Out In The Rain” is another ballad, and it’s a duet in the grand country tradition, however Lzzy Hale is sensational here. I’ve got all the Halestorm records and I’ve never heard her sing like this.

Actually, the best is probably the first bonus track, “She’s Hollywood”. A punk rock Skynyrd, if you want a hook, but the way he sneers: “with the movie stars, and the hipster bars, you can drive off a cliff in those electric cars.” Is worth getting the record for alone.

The pay off on this is simple: “She tried to change me, but she never could.” Ain’t you got the message yet? He’s Cory Marks and “Who I Am” is who he is. And he’s going to be huge, its that simple.