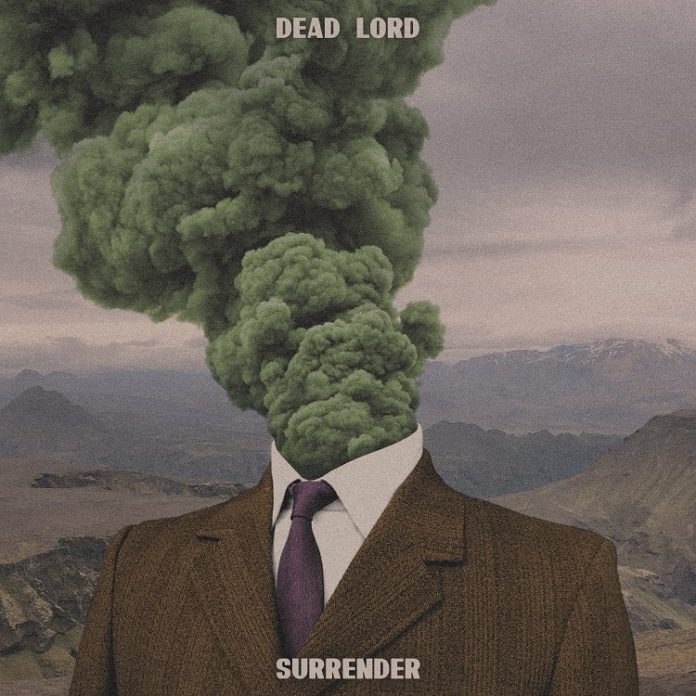 On this very website, some four years ago, I dubbed Dead Lord singer Hakim Krim as the man in possession of the greatest facial hair in rock n roll. I’d gone to watch Vintage Caravan in some tiny venue in Birmingham, and they’d bought Dead Lord with them.

Looking back at my words that night I also said this: “If you asked them, surely even they’d say there is nothing original about their brand of rock n roll, but crikey it’s fun. Lots of fun. More posturing than The Scorpions on Strictly Come Dancing, this is essentially a mash up of Iron Maiden, AC/DC and Thin Lizzy, and since they are three of the finest bands on the planet then, yeah, bring it on.”

The reason for quoting myself is simple. On my notes for this review, I simply wrote: “Thin Lizzy, but comparisons wouldn’t be a problem to the band, surely.”

No, I am prepared to throw myself at this like some teenage girl with Ed Sheeran, for the simple reason, like their 2017 album “In Ignorance We Trust”, this is a rock n roll album that is played by rock n roll fans. Simple as that.

And in that simplicity there is a genius. Ok, mostly that genius comes from the fact they have channelled everything Philip Lynott did 45 years before, but no matter, there is something gloriously beautiful about “Surrender”. Or as Krim puts it himself: “Rock now, cry later.”

The three minutes 31 seconds of “Distance Over Time” – the opener here – will be enough for you to understand where you stand with this. If you’re like me and always say that Thin Lizzy would be your favourite band if you’d been born in 1965 instead of ’75, then this is the cure for everything. If you don’t like it, well, go and listen to Shinedown because that’s all you deserve.

The twin guitar solo. It’s a thing of beauty. Nothing more and nothing less. Krim and Martin Nordin know this and they pack “Surrender” full of them. In fact, if you think every song could be improved by packing about 14 guitar solos into it, Dead Lord are your boys “Allen Street” chucks along and periodically the leads slash, and the (slightly) heavier ones like “Authority” (think Lizzy in the Thunder and Lightning era) are arguably even better. “Doesn’t matter who you want to be, respect authority” goes the hook, and you just know that this is a band who hasn’t ever been arsed with rules, or doing anything they didn’t want to. This doesn’t get made any other way.

Usually, you add things in reviews like “there’s a left turn” or “there’s a little light and shade”. Not really here. “Evil Always Wins” perhaps adds a bit of metal, but honestly that’s about it. This rocks and rolls, and it rolls and rocks. That’s about the only change they are prepared to make. Oh, and there’s cowbell, so that’s cool.

“Messin’ Up” even manages to sound a bit like Southside Johnny, in its desire for the naivety of the past – although its more likely it wanted to get chocolate stains on its pants (Lizzy style) and there’s an urgency in “Dark End of The Rainbow”, which rockets along on the back of a bass rumble from Ryan Kemp.

One thing that Dead Lord probably never get enough credit for is just how good the songwriting is. “Bridges” is a good example, because for all the idea you probably have heard it before, they do hooks, they do choruses and they do catchy. So catchy they probably make it wear a mask in public, but there’s just a joy here. “The Loner’s Ways” is just a band playing exactly what it wants to and “Gonna Get Me” for all its funky swagger, beats with the heart of something on the Old Grey Whistle Test in about 1973.

Even the closing “Dystopia”, faster, a tad more furious and predicting the apocalypse (it even adds some prog type sound), and offering the idea that “you got nowhere to run, you got nowhere to hide” doesn’t quite say: “so you might as well bang your heads and have fun” but it should, it really should.

There will be some clown on social media who carps about the lack of originality and says things like “in my day…..” (these are probably the sort of people who describe themselves as “happy go lucky” and should be avoided at all costs). The rest of us, as long as there is a beat in our heart and blood in our veins, if we can’t just enjoy the celebration of rock n roll that is “Surrender” then we might as well all wave the white flag.