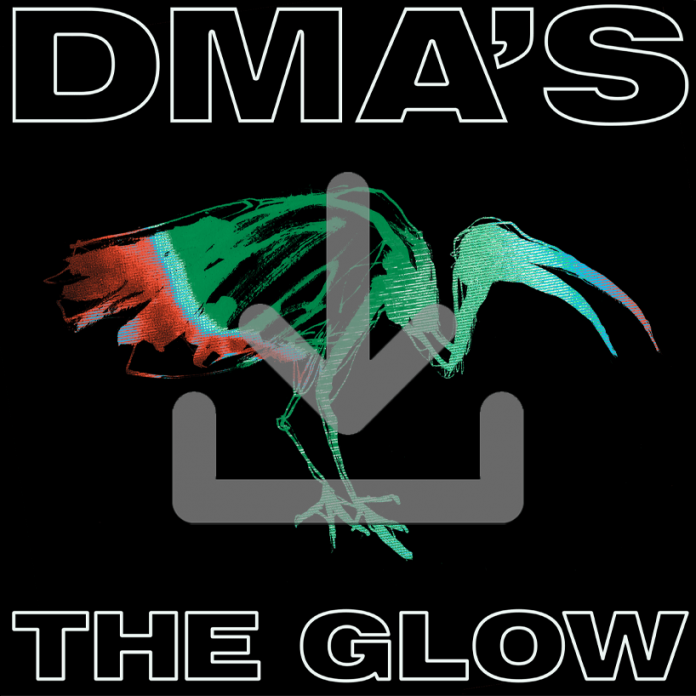 The pandemic has been shit for everyone, that’s a given, but its been especially tough on DMA’s it seems to me.

With their “For Now” record, back in 2018 they delivered something that was rooted in the 90s UK scene, but beholden to no one. More than that, though Tommy O’Dell, Matt Mason and Johnny Took were primed and ready to get massive.

Their own headline gigs were delivered to rapturous crowds – you rarely see the levels of damn near hysteria that I saw the twice I saw them – and their spell opening for Liam Gallagher late last year only seemed to underline how much they had look forward to.

All they needed to do was deliver a record that was worthy of that euphemistic “next level” and the world was to be at their feet.

On the plus side, though, with “The Glow” they have got a record that will, if things ever get back to normal, make good on the first part.

It’s at this point I make my usual “indie” disclaimer. This isn’t my usual sort of record. I love Oasis, and I bought a couple of Verve and Happy Mondays records, but I am not, in any manner of means, the DMAS “audience.”

The truth is the first time I saw them, I should have been at another gig, but for one reason or another my presence at the other wasn’t to be welcomed and the Aussie’s totally flawed me. A stunning show, something magnetic about them.

The point to that, really, is that when I say they have “crossover potential” what I mean is that you can’t fail to like them. And so it is with “The Glow”.

They do things in their own way. Yes, ok, there’s a bit of Stone Roses about the fabulous opener “Never Before”, with marries a pretty strident lead with a kind of dreamy, floaty psychedelic feel. Tripped out, blissed out, and it really isn’t the only one. There is an electronic pulse through the whole record, actually. Certainly there is an urgency about the title track, but goodness me, this is a chorus that is basically begging for a big light show and thousands of fists in the air.

“Silver” is more like the acoustic stuff you might associate with Took, and the way his acoustic always underpins the songs, is for me, what sets them apart.

But DMAS are a pleasing bunch for all kinds of reasons, not least is their desire to push the envelope. The appropriately named “Life Is A Game Of Changing” takes things into a 90s dance type area, but not quite. If Underworld played “Born Slippy” with New Order and brought along Television to observe, then this is the result.

“Criminals” the single they released just this week, is a multi-layered thing of rare skill, harmonies, pop of the unashamed variety, but with a real depth and the dance machine shuffle of “Strangers” can’t hold back the sweetness of the sound and the piano of “Learning Alive” is all the signposts you need that this isn’t the conventional band. There simply cannot be three such diverse songs anywhere else.

But always with a coherent thread, this really is unmistakably DMAS. “Hello Girlfriend” is more heads down rock n roll, but it isn’t totally straightforward, and if there’s a jangle in the guitar of “Appointment” then the lyrics are as oblique as the band itself. A ballad that leaves as many questions as it does answers – this really is a very clever band, who have clearly thought thorough every single note here. “Round And Round” lets its hair down a bit more and you can see this going down a storm in the live set. A bit more raw, a touch more like the debut record, but with the worldly wise maturity they now have.

But they aren’t that band anymore, they are the band of the strangely claustrophobic “Cobracaine” which snakes around in the way most of these do. That is to say they sound like a lot of bands, but the mix of styles is entirely original.

The chance taking when they could have played it safe and given everyone what they wanted is to their credit. “The Glow” shines like a beacon and makes a real statement. When they can, DMAS intend to make good on it.