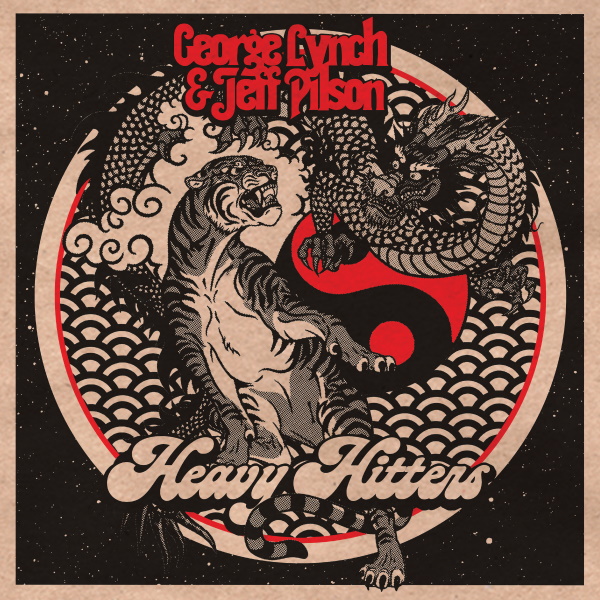 Sometimes, I have to make confessions on these things. So here’s this weeks. I like covers albums.

I know we aren’t supposed to if we are serious music fans, and I know people that view a cover at a gig the way they’d view someone taking a dump in their sandwich box, but no matter, I like them.

See, just when you think 2020 has got as weird as its going to get, then along come George Lynch and Jeff Pilson (who most recently worked together in the superb End Machine) with an all-star cast that includes Bulletboy Marq Torien, Fishbone’s Angelo Moore, Kansas native Wil Martin (Earshot) and drummer Brian Tichy (Whitesnake/Ozzy) to play some songs they like.

And I know what you are thinking. I thought it too. Hard Rockers, there will be an AC/DC one here, possibly a classic or two from the 70s, “Speed King” maybe? A Led Zeppelin? Well think again, because the reason this is actually really cool is simple: there’s nothing here (beyond the possibility of the bonus live track of “Lucille” that could remotely be filed in the column marked as “expected”.

For example, did you want to hear “One Of Us” turned into a massive, brooding dark rocker? Or, how about Martika’s  (and yeah, I know its Carole King, but I am a child of the 80s) “I Feel The Earth Move” become something Poison might have done in 1986?

The answer, of course, is that you didn’t know. That’s the point. George and Jeff have done ones you didn’t know you needed to hear. And in some cases, probably haven’t heard. “You Got The Love” apparently is Chaka Khan and Rufus, here, it’s funky as all hell.

Oddly, one where they keep the tune – broadly – the same “Ordinary World” by Duran Duran, is one of the best, and is proof if you still needed it, that these are gifted musicians.

The pulsing way they do Madonna’s “Music” would still fill a dancefloor (or accurately, so sleazy does it sound, a strip club?). I’ve genuinely never heard of OneRepublic & Timbaland but their “Apologise” is a radio ready ballad here.

The most starkly different from the original, perhaps is the brilliant take on “It’s The End Of The World As We Know It (And I Feel Fine)” which doesn’t half sound like Aerosmith here, frankly, plus “Champagne Supernova” manages to sound even more brilliantly melancholy than the Oasis version.

Look, bluntly, some people are going to read this review and their skin will crawl. Me? I have always believed that music should be fun, but is also at its best when it pushes the boundaries. “Heavy Hitters” is all of that and for my money, something of an unexpected gem.