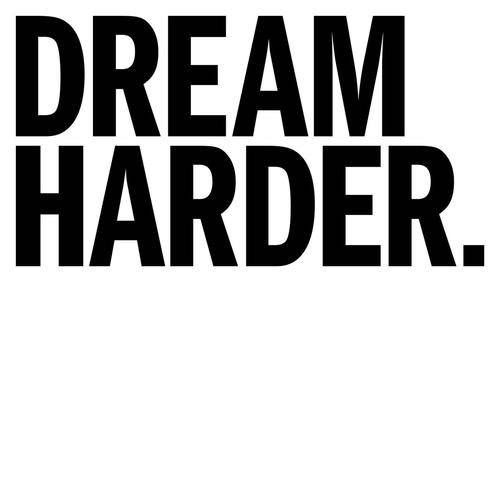 Look, I get it. People get comfortable, they like what they like. You get a certain age, and you want to ask Planet Rock to dedicate a Rush song to you. That’s not me. Never has been. Sometimes, I get myself in trouble. I might Tweet  a mate of mine and say ”if you wanna hear some Rush, play Rush, why ask online, man.” (which definitely might have happened last week…..)

I am sat typing this in a ZZ Top t-shirt, so I understand loving great stuff, but the day I stop looking for new, challenging sounds, unlike anything else I’ve ever heard, is the day I give up.

“Dream Harder” is one of those albums. One that I am going to rave about, knowing full well that its basically pointless, because you are either going to love this or hate it. There will not be any grey area.

This – a bit like Forever Not Nothing – is a band that isn’t trying to be weird, quirky. They are just being themselves.

The second song here “Tonight, Tonight, Tonight” – think The Fall, doing punk, I suppose – contains the key. “Not everything is debated with logic,” says (note sings) Ben Robinson “and not all of life’s major decisions are painted with a sterile brush.”

The opening bass heavy, “Fuse” has a similar working class northern feel to Sleaford Mods. The band themselves, beyond the same clever social commentary doesn’t have much to do with Jason Williamson’s boys. In fact, I’ll do as far as to say that they don’t sound much like anyone.

“Raise The Dawn” attacks the bland. “Why the fuck would a guy with a guitar have something to say? Most people don’t now, they just fill their chorus with a whoop, whoop, whoop”, while “Frequency Fields” floats off down some psych rabbit hole, and they merrily follow this up with the almost punk of “The Cosmic Trigger”.

Usually you say things in reviews like, “but there’s a cohesive thread in all of this”. Truth is, there isn’t here. “Step Out Of The Shadows” for example, is the kind of sonic brew that Flaming Lips might have dreamt up, while there is a real 90s feel to “Run for President”.

I have never taken drugs in my life, nonetheless I imagine that “Let Love Be The Island On Which We Stand” to be the kind of disorientation that it is induced. I haven’t been clubbing since about 94 when I was trying to get a girl at work to like me, but this was playing I am sure it was, the title track is another hypnotic piece of trippy stuff. The type of thing that screams “immersive experience”.

“Renegade Love” is full of spitting, harsh and heavy angular riffs, before the bonus track “Down The Line” should have been a huge hit at the height of cool Britannia.

The honest truth is that you could probably get 20 people to listen to this, some would like it, most wouldn’t and even those that did might not, really, truly know why.

At the end of the day though, its like they say themselves in one of the lyrics: “music speaks a language that is undefinable.” It certainly is here – but if nothing else, you should ask Planet Rock to play it and really mess with their heads.