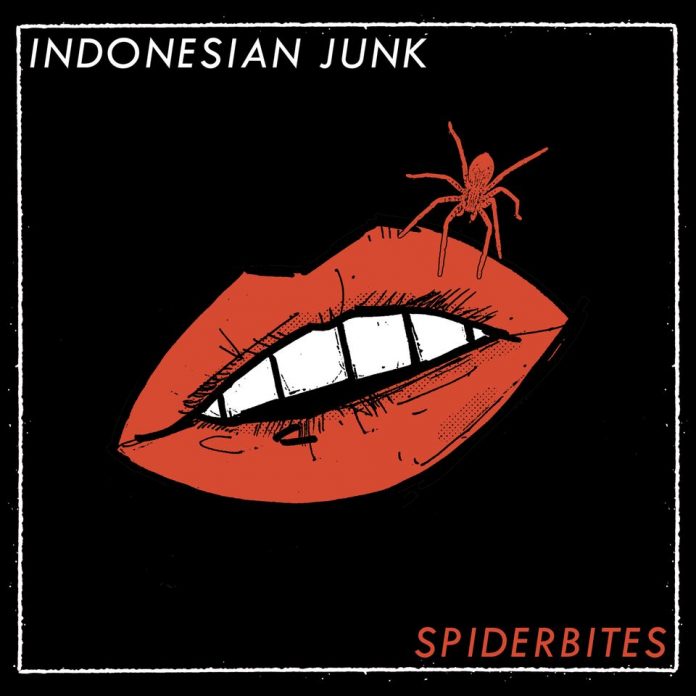 You know when you read a book and you build up a picture of what you think the characters look like? Then you might watch a tv adaptation of it or something and it doesn’t conform to your fantasy? Maybe that’s just me, but for the purpose of this review go with it, yeah?

I reviewed Indonesian Junk’s EP last year, “Darkness Calling” would have been – I assumed – a power pop thing where “mommy’s alright, and daddy’s alright” if you catch my drift. It wasn’t. So I was wrong once, but I reckoned I was going to be spot on when I said that these three men are the last gang in town of NYC punk rock.

They sound they sniff glue. They sound like they drink a lot of beer, and they sound, frankly like the type of blokes that would pull a knife out at a gunfight. Or a gun at a knife fight. Whichever suits.

Except they aren’t that either – and on one hand I was a little disappointed when I saw them on the CD and saw they were a trio about my age (I am guessing) of blokes that are old enough to know better. But then, on the other hand, that means they play this because they love it.

“Mean Christine” – the title alone gets a review around here – is New York Punk from the toppest of top draws, and the guitar is so low-slung when the solo is played that you honestly wouldn’t be surprised if singer Daniel James (who is also the gunslinger here) had tripped over it.

But, then the scamps aren’t even from NYC. They are from Milwaukee in the Midwest, but by the time “City Lights” has hit, with its barely disguised undercurrent of sleaze, they could be from the top of your street and it no longer matters.

“Wild, Wild Party” is like “Johnny B.Goode” on drugs. Whatever he was doing in them woods, it wasn’t this. This, though, is absolutely righteous rock n roll.

Ok, this is punk rock, but it is a nuanced attack. “Animal Eyes” has a bit of Hanoi about it. More mid-paced than the others, it’s so catchy you might need a trip to the clinic afterwards and “Headbanger” sounds a bit like when Motorhead did a bluesy one. It is two minutes of filth and fury.

“Our Town” – and this is probably more spot on than my assertions at the start – is their anthem. Goodness me, you don’t want to mess with them just in case. And “Through The Night” proudly wears its Ramones influence on its sleeve.

The three original cuts from “….Calling” are all here, and they all sound cool. The casual violence of “When I Find You”, the casual nihilism of “I Could Die” (which passes for a ballad, I guess!) and the casual brilliance (and psychopathy) of  “See The Light” – which at nearly five minutes is almost prog, right? Well, almost.

“Spiderbites” is one of those that creeps up on you  – perhaps appropriately? – it’ll go like this, of you are like me. First listen, you’ll think “that’s cool”. Then you stick It on again and realise its wormed its way in, and by the third time you can sing the damn thing.

That’s cool. So are Indonesian Junk. Mind you, a band with then bass player named Johnny Cyanide, sort of had to be. I hope it’s his real name.