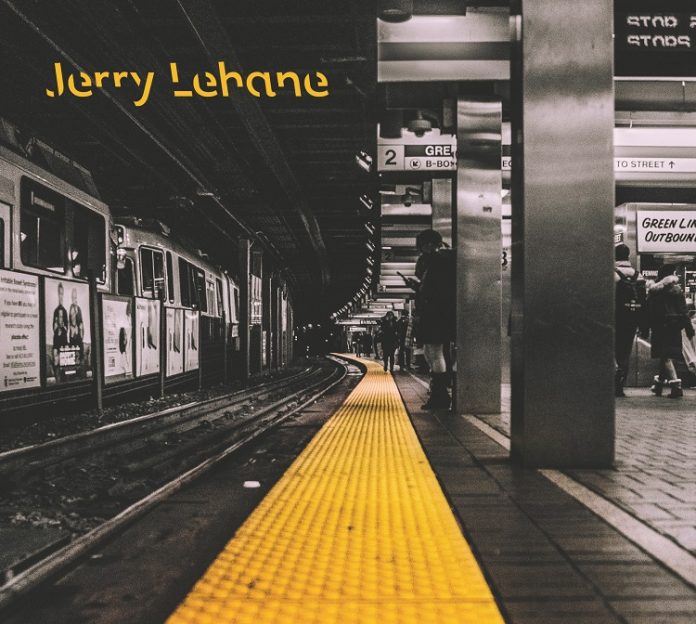 Blue Collar. It’s one of those phrases that gets trotted out in reviews without anyone actually having the remotest clue why, but I always use it to mean records that sound like they were made for the sheer joy of it, the sheer love of it, and because the person making it – were they not recording the music – would be watching a band like them.

Blue collar, to me, is Springsteen, Tom Petty, Steve Earle, Marah (who I never miss a chance to mention in reviews, because they are the lost rock n roll band) Gaslight Anthem – and you’d best believe it is Jerry Lehane too.

It’s just that in Jerry’s case it is more true than most.

See, when I ran the story about this EP on the site, I did so with the picture I’d been sent, that of a plumbers van. It’s his. It’s a sad fact (and somehow it seems apt that I am writing this on the day Spotify went down, musicians, proper rockers, they gotta pay the bills, man.

And Lehane, is a proper rocker. The singer in The Dogmatics (I reviewed their EP last year) off and on for years and years, as well as being in a bunch of other bands, this is his first solo endeavour.

You can’t really say its “new” either, given that it was 29 years ago when these five songs were made. Long story short, he was going to cut some more to go with them, then Covid. Enough said?

To be truthful, if I hadn’t read the supporting material I wouldn’t have known (and that’s not always a strong point, of mine either, one day I’ll tell you about my history a-level…….) because its not so much that these sound fresh, as timeless.

“Kiss My Tattoo” is punkish. There’s a bit of The Stooges about the intro to me, and its catchy as you like. Where it scores massive bonus points though, is the screeching guitar.

I admit to thinking the rest of the album would be like that too. It’s not.

Instead “Runaway With You” echoes US classic singer/songwriter stuff from “American Pie” onwards, and if you remember rock n roll, lets say then this is proof the music never died (and there certainly wasn’t any on the godawful record Don Maclean put out a couple of years back).

“Feel Like Dying” has just a hint of The Replacements or Lemonheads, but all done through the prism of the troubadour. It is oddly upbeat sounding, considering it is about the Iraq war.

Indeed, “fun” is a good word for all of this. Lehane got together with a load of mates from the Boston scene and it sounds like it was a blast. There’s a bit of a gang mentality about the bluesy jam of “Think Of You”, for sure.

“Jam” might conjure up images of Gov’t Mule or Grateful Dead, but this isn’t that. It’s five songs are in and out in less than 15 minutes and are topped off brilliantly by the Garage rock of “Fish”.

I was going to write in conclusion, that “Jerry Lehane” is like the equivalent of finding a priceless heirloom in the loft, but actually a better analogy would be the scrapbooks of old football reports I used to keep as a boy. To the outsider they mean not a lot, but to me they are a treasure chest of memories. And so they would be to those who support the same team as me. That’s what this is too. Those who love the craft, the spirit of great music will find so much here to delve into. These five songs are just a gem. And we are lucky to finally be able to share them too.