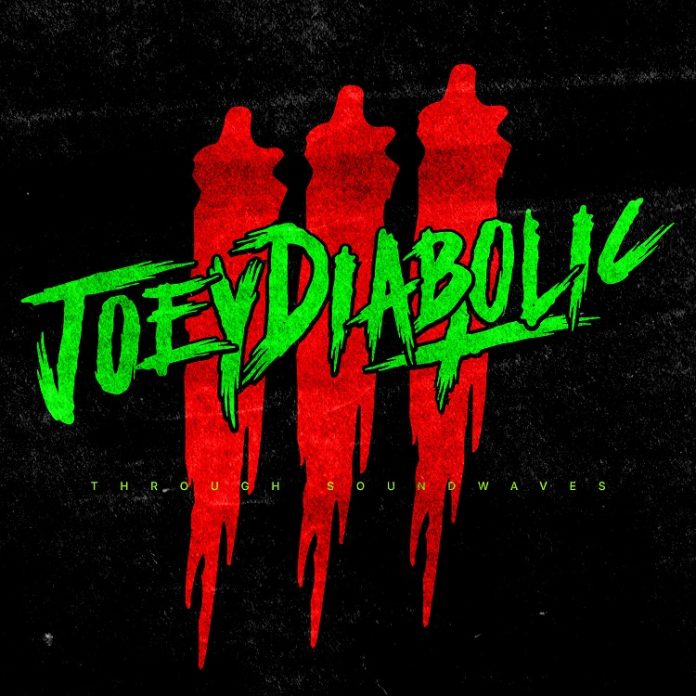 Joey Diabolic’s third volume is a tribute to “Nightmare On Elm Street”. No point in lying here. Haven’t seen it, never going to watch it. I had to get my mate to turn off “The Lost Boys” once, as I was about ready to cry. I am about as likely to watch a horror film as I am to marry Kylie Minogue, so I have no idea how, why, or indeed, if it is.

Here’s what I do know. I’ve always like slightly crazy sounding industrial music and covers that sound nothing like the originals – and there’s loads of that here.

The actual cover, that is to say, the artwork, even looks like a kind of homage – well to me anyway it evoked memories of “Open Up And Say Ahh”, by Poison. Now, whether me and Mr. Diabolic have them in common I can’t …..urmmm….say, but we do have White Zombie, that’s for sure.

I remember buying Astro Creep in the 90s, based on a review I’d read in Kerrang! One listen to “More Human Than Human” and that was it. These were my window to another world.

Same for JB too, who has a WZ tattoo, and his version of “Children Of The Wheel” is that of a fan. A fan that wanted to do his own take, not a copy and this is more like early Zombie in its heaviness.

There are three other covers here. One, “Save Yourself” by the criminally underrated Stabbing Westward (who I saw support White Zombie) has the air of a slightly more electro version of what was done, but the other two diverge completely.

“Potters Field” is worthy of high praise given that a) its not the Anthrax song that anyone would pick, really and b) unless you knew it was an Anthrax tune, you’d never guess it. The same goes for the bass heavy, near glam of “Plowed” by Sponge, that is turned into some kind of post-hardcore modern banger.

There’s two originals too. “Son Of A Hundred Maniacs” is unsettling and  – I assume – something to do with the film, while “I Am The Shadow In The Darkness” lurks rather menacingly, before emerging with a real, almost prog like intent.

All of which means “Through Soundwaves Vol 3” is a interesting, compelling EP. Whether you’d get more from it if you knew the film I haven’t a clue, but according to Wiki they made five of them, so I’ll look forward to the next two.

In the meantime, the rebirth of unhinged, cinematic electro metal (which isn’t a thing but I invented it about 15 seconds ago) starts here.