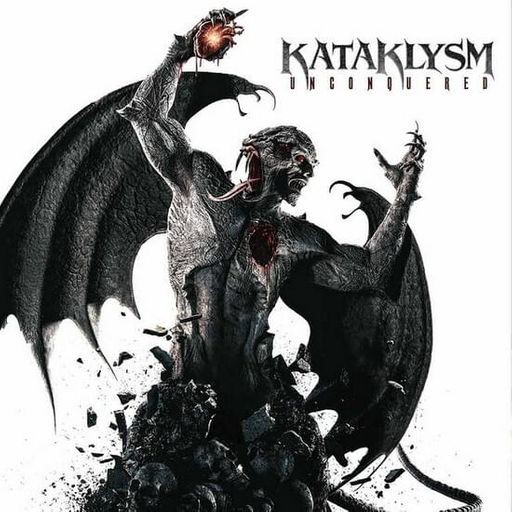 The legendary Canadian merchants of death metal show now sign of slowing down after nearly three decades of technically brutal brilliance.  Studio album number fourteen has quite a back catalogue to live up to.  Donnie checks it out.

Few bands in any genre have been as consistent in the quality of their recorded output as Kataklysm over nearly three decades.  Kataklysm formed as Grunge music, led by those scruffy oiks in Nirvana, Pearl Jam & Soundgarden etc, was breaking into the mainstream.

Album opener “The Killshot” was premiered prior to the album’s release and gives a good indication of what to expect from the Canadian’s circa 2020.  The rage is still firmly entrenched In the bands psyche and that is evident across all the tracks but is brought into sharp focus straight from the off here.

“Cut Me Down” frenetically follows and strikes a fine line between brutality and melody that few bands manage to successfully achieve.

This incarnation of Kataklysm has now been solid since 2013 with Maurizio Iacono on vocals, Stephane Barbe on four string duties, Oli Beaudoin on drums and Jean Francois-Dagenais on guitars.  They are tighter than ever before and backed by a modern and intense production sound that brings to the fore the band’s phenomenal live performances.

The pace drops slightly with more heavy groove-laden tracks like “The Way Back Home” and album closer “When It’s Over”, which has black metal hints running through it much to your delight, before gaining a boxer-like second wind and come out firing punches with “Defiant” an uncompromising slab of monolithic metal that stands with anything the band have put out to date.

In “Stitches” they have a track for the dark ages with its unrelenting brutal progression that is damn near perfection.  Every self-respecting metalhead will have this track blasting from their speakers for years to come.

If you are already a fan of the band then this release will only cement your, perfectly correct, belief that this band are deserving of legendary status within the metal world.  If this is the first time you will have come across these cannonball Canadians then welcome.  You are a little late, but you have plenty of time to catch up and you may as well start with Unconquered.

Unconquered is out now.