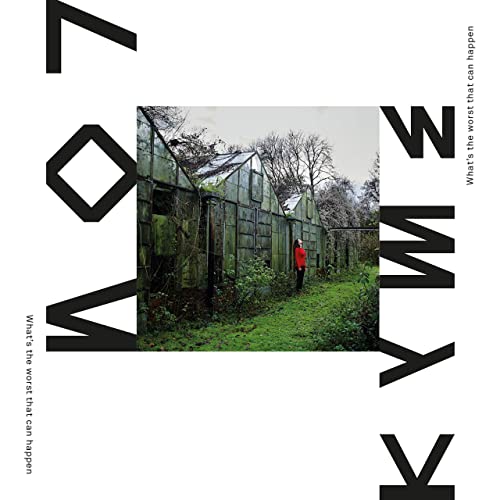 For Lou Kyme, “Americana” (and goodness, how that needs a better term!) is a family business. She grew up in the Okeh Wranglers, a Southampton band that her dad Pete formed.

On her first solo outing, there’s a track, “Let’s Drive” about that very escape. A gorgeous accordion driven thing, shot through with a genuine happiness, it is in keeping with the rest of “What’s The Worst That Could Happen?” in that it seems to be raw, personal, and yet steeped in the very dream of rock n roll. You would say “The American Dream” but for two things: Maybe that phrase is a little too Trumpian in this age, but also there’s a British grit present here throughout. Almost as if it says: “you can take the girl out of Southampton, but….” well you get the rest.

Now, probably would be a good point to mention that the backing band for these seven tracks are essentially The Mission Express, Chuck Prophet’s troupe – Chuck himself even adds solos to “Oh Love”, a blistering Cash-esque thing, and the darker, lurking jazz of “What’s The Worst That Could Happen” – and the result is an album that sounds quite unlike anything else.

Lyrically it is generally concerned with love and loss. Whether it’s the aforementioned “…..Love” which doesn’t seem to fussed with the idea, or the fabulous “You’re The One I Want”, which seems to long for exactly the type of affection that has been eschewed before.

That one is interesting as its tempting to think of it as some lost Kirsty McColl song. Gloriously and unashamedly pop, but with a wit and a “don’t mess” sneer, it is a fine example of the way this plays with the formula.

“No Man’s Land” takes its heartbreak and just a touch of bitterness over something a little more balladic, but the stoicism, the chug, the battling qualities are back on “I Don’t Care.”

Mission Express drummer Vincente Rodriquez produces this as well as playing the kit and he infuses the thing with a kind of Texan desert groove, while Stephanie Preece’s accordion, which I spoke about above on “Lets Drive” is just perfect.

“Want You Back With Me”  – the last one – is a snapshot of what makes this so good. Equal parts Billy Bragg and classic American 50s rock n roll, two worlds collide here and there’s an innocence and a sense of fun that is at odds with the lyrical content.

It perhaps takes a listen or two to register just how good this is. But when you invest in “What’s The Worst That Can Happen?” you will find something truly original and with a genuine warmth and craft.